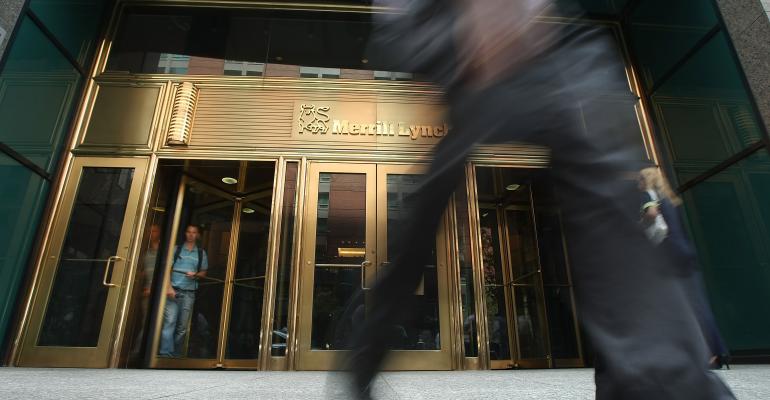 Merrill's new service will be based on the Private Banking & Investment Group model, according to an internal memo sent by head of Merrill Lynch Wealth Management John Thiel and first reported in the Wall Street Journal. He said the initiative followed an in-depth, three-year business review following the divestiture of the firm’s international wealth management offices to Julius Baer in 2012. The team will serve clients with minimums of $2.5 million in a slate of countries in Latin America; clients will need at least $5 million in assets to qualify in an additional 21 other countries, including Argentina, Australia, India, Israel and the U.K.

Matt Card, spokesman for Merrill, said Thursday that "our goal is to assess all current IFAs serving global clients and ensure they demonstrate the necessary global marketplace expertise,” he said. Advisors in the program will complete "rigorous training" and submit to an annual review to ensure that they are "best-in-class," Card says.

But what does this mean for advisors with a current roster of international clients? According to Card, advisors seeking entry to the program will have to undergo a "rigorous, multi-phase assessment process" to ensure they have the right level of experience and expertise. If advisors do not pass, they will have 18 months to transition their international client relationships to a designated advisor.

Serving international clients has always been a risk for Wall Street banks, and by limiting the scope to those with more assets, from select countries, and putting them in front of trained advisors, Merrill may be better protected against things like inadvertent money laundering.

“As for closing accounts outside the listed 29 countries, one could speculate that Merrill is de-risking its international anti-money-laundering exposure,” says Bao Nguyen, director of risk advisory services at Kaufman Rossin. Nguyen adds that it appears that Merrill is going to maintain a presence in some of those markets by increasing the minimum balance and attracting new ultra-high-net worth clients in order to maintain balance between risk and reward.

In its 2015 exam priorities letter, the Financial Industry Regulatory Authority said it would focus on money laundering, including adequacy of firms’ surveillance of customer trading. The Securities Exchange Commission has issued similar warnings.

Scott Curtis, president of Raymond James Financial Services, said earlier this year that "expectations have changed" and regulators’ scrutiny around money laundering has increased significantly throughout the industry. “It won’t be enough to know that the client has $4 million, now the question is ‘OK, where did you get the money?’” Curtis said.

But Merrill is not the only firm to see an opportunity in having specialized advisors on hand to handle the complex needs of international clients. Wells Fargo Advisors has had a similarly structured advisor group called International Private Client Services for about two years.

The group, which is the successor to Wachovia’s Latin America business that was eventually consolidated, has about 300 advisors located across the country with five hub office locations—Miami, New York, Houston, San Diego and Tucson. Mattera says the specialized team approach is needed because the added complexity of those accounts comes with added risk. “Supervision issues are difficult when dealing with international clients,” according to firm spokesman Anthony Mattera.

The advisors in Wells' program are designated International Financial Advisors (IFA), and the bulk of the clients are in Latin America.

Morgan Stanley is also in the process of finalizing a strategy to invest in and grow the international wealth management business, says spokesman Jim Wiggins, in a way that strengthens risk management around the complex rules governing the securities business across multiple sovereign jurisdictions.