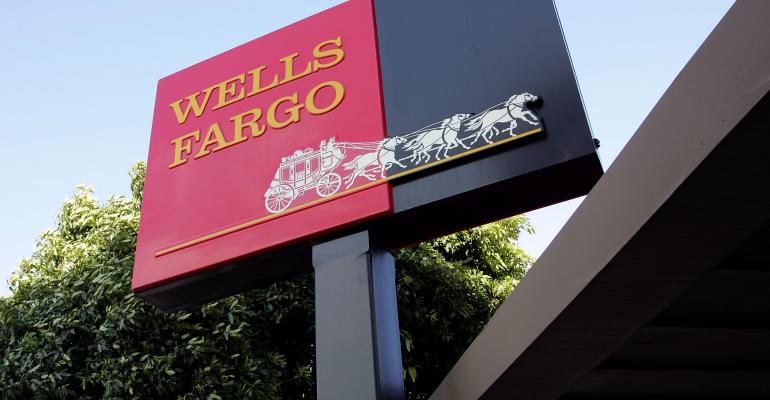 (Bloomberg) --Wells Fargo & Co. fired the head of its consumer credit-card business and three other senior managers as the bank’s board examines how abusive sales practices spread through branches before spiraling into a national scandal last year.

Wells Fargo’s leaders have been working since September to assuage public furor after authorities fined the bank $185 million for possibly opening more than 2 million retail bank accounts without customers’ approval. The board and management are each conducting reviews into how the practice proliferated, vowing to hold managers accountable as needed after the company fired 5,300 mostly low-level employees for their roles in recent years.

Cross-Selling
Freeman and Conboy were among managers described by Bloomberg in a November story that profiled community banking supervisors who won promotions as the bank’s top brass focused on cross-selling, the practice of persuading individual customers to sign up for more Wells Fargo products.

After overseeing operations in Los Angeles, Freeman went to run Florida, where she sent e-mails to branch workers urging them to sell and describing the kind of lifestyle they might hope to achieve, former employees said. She once mentioned her Super Bowl tickets and buying an $800 pair of sunglasses, one ex-manager recalled. Conboy, 57, who climbed the ranks in California, was sometimes sent to other regions to teach sales strategies, managers said.

Russ Anderson, 59, went on a six-month unpaid leave in September, the bank said at the time.

The bank didn’t specify on Tuesday what conduct prompted the four managers to be ousted, and authorities haven’t accused any of them of wrongdoing.

Other Measures
Wells Fargo’s board voted unanimously to terminate the managers and expects to finish its investigation before an annual shareholder meeting in April, according to the statement. The panel is discussing what materials will be made public after the review and may yet release information on its findings involving the four, according a person with knowledge of the matter who requested anonymity to discuss the deliberations.

Oscar Suris, a company spokesman, declined to comment on those talks and about whether the bank may terminate more managers over the scandal.

Wells Fargo already has eliminated sales goals that authorities said may have encouraged abuses. Politicians and labor groups had accused the company of putting undue pressure on workers to meet targets, then blaming them for misconduct without holding senior managers accountable.

The board will probably decide to withhold 2016 bonuses from some top executives including Chief Executive Officer Tim Sloan and Chief Financial Officer John Shrewsberry as a way to hold managers accountable for the retail bank’s performance, a person with knowledge of the matter said this month. Denying the bonuses isn’t meant to reflect findings of specific wrongdoing, the person said.