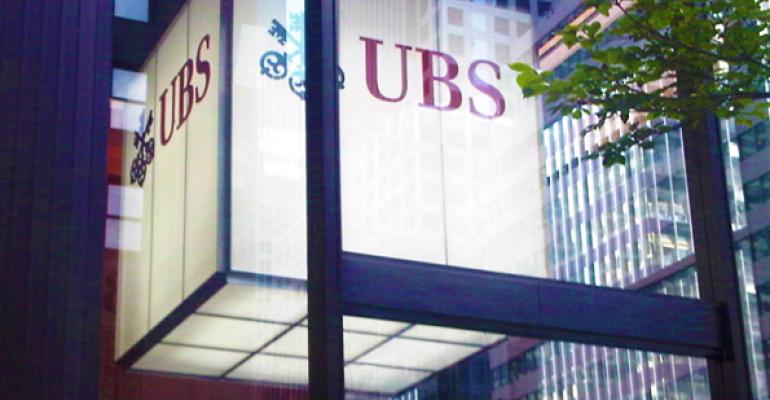 Despite having to set aside nearly $2 billion for legal and regulatory charges during the third quarter, UBS reported a profit of $803 million, up 32 percent from a year ago on record profits in its global wealth management unit.

“Three years since introducing our strategy, the business is far stronger, its earnings power is much greater and our absolute and relative capital position speaks for itself,” the bank’s CEO Sergio P. Ermotti said Tuesday, noting he was very pleased with UBS’ underlying performance for the quarter.

The firm's third quarter profits were down from $874 million during the second quarter.

UBS reported a $1.9 billion charge related to provisions for litigation, regulatory and similar matters during the third quarter. “We are actively addressing litigation and regulatory matters,” Ermotti said. More charges may be on the horizon as UBS continues settlement talks with regulators probing its role in the manipulation of foreign-exchange markets, the firm said.

Operating income for the quarter was $7.3 billion, up from $6.6 billion a year earlier. But operating expenses rose from $6.2 billion in 2013 to $7.8 billion during the third quarter.

The bank’s third quarter profits were boosted by its global wealth management business, which posted adjusted profit before tax of $811 million, the highest since the second quarter of 2009. The division’s pre-tax operating profit was up 27 percent to $748 million.

Looking at the U.S., the bank’s Wealth Management Americas (WMA) unit reported a record recurring income of $1.9 billion, up 1 percent sequentially and up 10 percent from a year ago. Additionally, recurring net fee income and net interest income increased during the quarter, offsetting the reduction in transaction-based income, which UBS attributed to a typical seasonal decline in client activity levels.

Advisor productivity hit record levels during the quarter. The U.S. wealth unit reported a revenue per financial advisor of $1.08 million, up 9 percent from $994,000 a year ago. Invested assets per advisor reached a record level of $143 million, flat sequentially, but up 11 percent from a year ago.

UBS wealth unit continues to reach these record levels with less manpower, as its financial advisor force consistently decreases. WMA headcount for the third quarter was 7,114, compared to 7,119 in the second quarter and 7,137 a year ago.