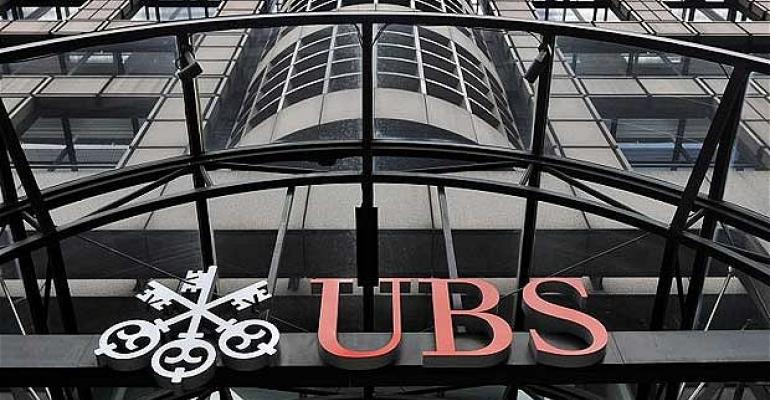 ‘There’s More We Can Do,’ McCann Says

The wealth management business of Switzerland’s largest bank, UBS AG., delivered record fourth quarter pre-tax profits, soaring 64 percent to $254 million from a year ago at its Americas division. That stellar performance together with its worldwide wealth management, gave this combined UBS business its best annual pre-tax profits, adjusted for charges and pension changes, the company said.
The Americas division, UBS Wealth Management Americas, stood out. It reported record revenue of $1.851 billion, an increase of six percent from the third quarter, and up 10 percent from the year-ago quarter. UBS WMA reported net new money of $4.9 billion. That was its fourteenth consecutive quarter of positive inflows.
UBS WMA, with an army of 7,137 FAs, unchanged from the previous quarter, had a string of other records. Revenue per financial advisor rose five percent from the third quarter, crossing the $1 million barrier to hit $1,042,000. That’s up eight percent from a year ago.
UBS WMA also reported record invested assets of $970 billion – up six percent from the previous quarter. That was an increase of 15 percent from a year ago. UBS WMA reported a record low annual FA attrition rate of three percent.
Bob McCann, chief executive at UBS WMA, was pleased. “As we continue to work toward our goal of being the best wealth management firm in the Americas, we are executing on our strategy and it is working,” McCann told REP.  “In 2013 we delivered record performance and achieved three significant goals; $1 trillion in invested assets, $1 billion in pre-tax profit and $1 million dollars in revenue per financial advisor for the full year.”
Invested assets per FA was $136 million in the fourth quarter, up five per cent from the previous quarter, and 14 percent from the fourth quarter of 2012.
“Very good numbers,” Alois Pirker, research director at Aite Group said. “Overall, it is a very good story. The big initiative of bringing in top advisors at UBS has really worked -- the business has one of the highest average industry assets per advisor.”
Still, Pirker noted that net new money at UBS WMA was off some 55 percent in the latest quarter from 12 months earlier. That nonetheless put the UBS brokerage roughly even with Merrill Lynch, measured by FA headcounts. On the other hand, UBS WMA reported its fee-based management account business grew at seven percent in the last quarter, lagging behind larger rivals such as Merrill.
McCann acknowledged there’s work to be done. “While I am proud of our accomplishments, there is more we can and will do,” McCann, also CEO of UBS Group Americas, told REP.  “The quality of our people, our intellectual capital and the strength of our global wealth management capabilities will continue to drive us forward and ensure our continued success.”
Wealth management at UBS AG, excluding the US and Canada, reported a profit of $520 million before taxes in the fourth quarter. It was an increase of 18 percent from a year ago. The Zurich-based company reported that its overall profit for the quarter was $1 billion, marking a major improvement from a year ago $2 billion loss.
0 comments
Hide comments
Related
Sponsored