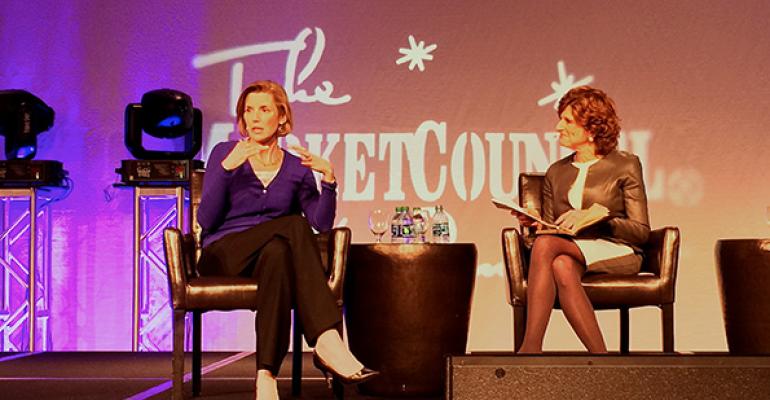 <p>Don&#39;t count out the wirehouses just yet, Sallie Krawcheck said at the MarketCounsel annual conference on Wednesday.</p>
Advisor Channels

Reports of the wirehouses' demise have been greatly exaggerated. That’s the message former Bank of America’ executive Sallie Krawcheck delivered to the MarketCounsel audience on Wednesday, saying that despite the numerous stories of successful advisor teams streaming from the wirehouses, these big firms aren’t losing nearly as many advisors as reported and that predictions of the wirehouses desperately entering the RIA space may be premature.

Krawcheck, who served as president of Bank of America’s Global Wealth and Investment Management from 2009 to 2011, said that while the idea that advisors were running from the wirehouses was a good hypothesis in the downturn, it didn’t bear out.

“The idea that the press puts forth that people are streaming out hasn’t been, and is still not today, completely true,” she said in a very frank conversation with recruiter and industry consultant Mindy Diamond. “The truth is, just as so many of your clients love you [RIA advisors], clients of wirehouse advisors love them. They’re ranked more highly than their client’s doctors, there’s an enormous amount of trust there.

“Too big to fail may be terrible public policy, but it’s a hell of a marketing campaign,” she added, noting that many clients like the idea of investing with companies that are sure to be around, even in a record downturn.

While at Merrill Lynch, Krawcheck says she asked industry reporters to guess how many advisors the firm lost. They guessed 2,000. The right answer? 37. “And in fact, the number of advisors we brought in from independents was about 26. Indeed the assets we brought in versus lost, they were higher,” she says.

Krawcheck also voiced her doubts on the likelihood of predictions by those like Pershing’s Mark Tibergien and Fidelity’s Mike Durbin that the industry will see wirehouses entering the RIA channel and buying up large firms coming to pass in the near future. It just doesn’t make a lot of business sense, Krawcheck said.

“The challenge of an organization like that [Merrill], you have to think about what the return is on that incremental investment is. You have 15,000 advisors, you’re always going to have a higher return investing in the existing business as opposed to starting a new business,” she explained.

“It could be that they’re going to do it, but it didn’t make sense a few years ago,” she said, adding that it is hard for big companies to innovate like that because many times it means cannibalizing your own business to innovate without much guarantee of success.

But Krawcheck did not shy away from the fact that the wirehouses do have problems and weak spots, particularly around brand damage and the firms’ failure to seize the opportunity to get in front of underserved markets, including women and NextGen investors.

“Those brands have been damaged, to say the least. The clients have said these were great brands, but they’ve disappointed us,” Krawcheck said. And the argument that the wirehouses have the best platform, the best technology, is also outdated, she added.

Krawcheck also pointed out the so-far missed opportunity by focusing on serving underserved client segments. The average age of a widow is 54, Krawcheck said, adding women are going to inherit 70 percent of the over $40 trillion of inter-generational wealth transfer that is set to occur.

“As business people you can look and say we’ve got to go after those 20-plus extra folks who left or we can also look at plugging this hole,” she said.