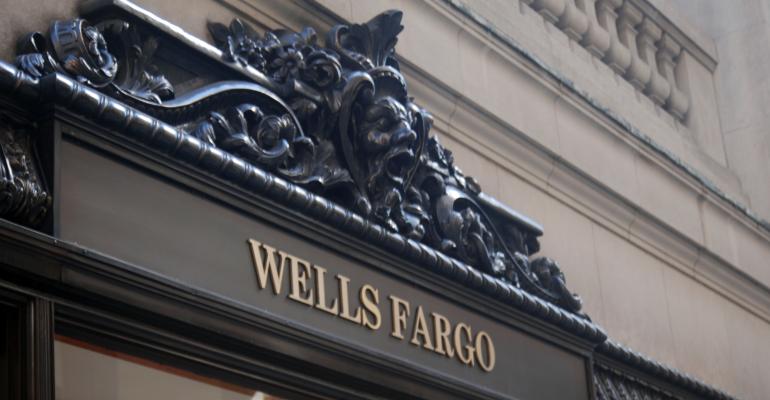 Wells Fargo said Friday that it posted top-line growth in its advisory business by 1 percent during the third quarter, generating $3.3 billion in revenues for its brokerage, wealth management and retirement unit. That's up 9 percent from the previous year, bolstered, the bank said, by strong growth in is asset-based fee business and net interest income, even as brokerage transaction revenue fell.

Net income for for the business unit grew 4 percent to $450 million from the prior quarter's net income of $434 million and 33% from last year's $338 million.

The gain comes despite the fact that non-interest expenses in the division increased $162 million to $2.6 billion, thanks mostly to an increase in commissions. The bank also reported it increased its cross-selling ratio in the business unit, from 10.27 units per household a year ago to 10.41 units in the most recent quarter.

Headcount within Wells Fargo Advisors’ remained fairly flat as well. The brokerage arm added 17 advisors in the third quarter, up from the 15,268 advisors reported earlier this year. But the number of employees overall rose about 3,600, or 1 percent, to 270,600, Sloan said during the conference call Friday.

Managed account assets also saw an increase, up 6 percent to a record $350 million from last quarter, driven by strong markets, according to Wells CFO Tim Sloan.

Overall, Wells said revenues for the company fell from $21.2 billion to $20.5 billion in the third quarter. But the bank's net income hit record highs of $5.6 billion in its overall business this quarter, up 13 percent.

Wells, along with JPMorgan Chase & Co, were the first major Wall Street firms to announce quarterly results. Bank of America and Morgan Stanley are set to release their earnings next week, while UBS will wait until the end of the month.