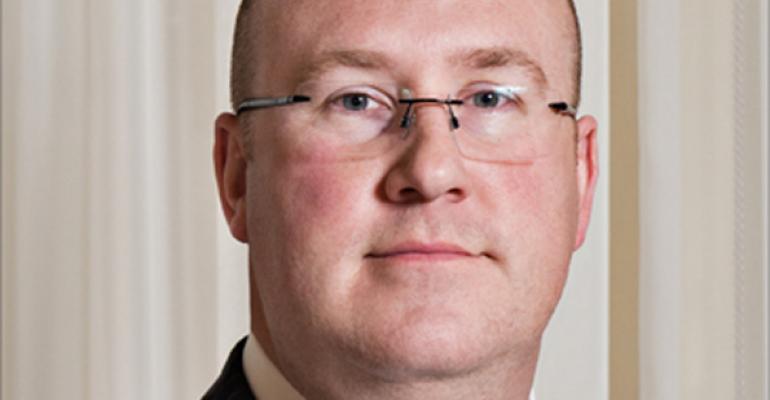 (Reuters) - AdvisorHUB, a year-old gossip and news website for the brokerage industry, has become such a part of brokers' daily reading routine that some call it the "New York Post of financial news."

The website's founder, Andrew Parish, says the site has 200,000 registered users and gets half a million unique hits a month. It has posts that range from subjects like what the biggest brokerages are offering new hires to a rumor from readers alleging that Bank of America Corp's Merrill Lynch isn't throwing holiday parties this year.

The site doesn't generate any profits: it's free, and an app that Parish wanted to sell for $9.99 a month didn't work out. But unbeknownst to many readers Parish has collected detailed data about what brokers read on the site and tried to sell that information to major brokerage firms, saying they would be able to tell such things as whether a broker was looking for another job.

In presentations to Morgan Stanley, Merrill Lynch and UBS Wealth Advisors in July, Parish offered to sell the information for as much as $120,000 a month, according to sources who attended those meetings and a review of his presentation.

Parish told these firms that he had a scoring system - from 1 to 10 - based on what brokers were reading on AdvisorHUB that he claimed would predict adviser's moves, according to the sources and his marketing materials. He also offered to give "consideration" to coverage for any firm that bought the service, which sources said they understood to mean favorable articles. In interviews with Reuters, Parish, 40, confirmed he had offered to sell the data. None agreed to buy, he said. He didn't rule out trying to sell the data again in the future and plans to launch a section on the site with some of the analytics about overall usage."Individual financial advisers are the geese that continue to lay golden eggs, and they want to talk about how well or how poorly they are being treated at their particular firms," Parish said. "Advisers are comfortable talking to us because we make them completely anonymous."

While many websites track their readers, the potential that data gathered by AdvisorHUB could end up in the hands of recruiters and the broker' employers could roil the highly competitive world of financial advisors. Attracting and retaining brokers is a big issue for wealth management companies, which can watch millions of dollars of assets walk out the door if a broker takes his clients and leaves for a rival firm.

Parish said he realizes that AdvisorHUB would face "reputational risk" if he sold data about brokers. Parish said several firms reached out to him first asking for meetings to discuss this data. "When you're getting these phone calls from these global financial firms and you're a small website, for us it was like, 'Woah!'" he said.

UBS and Morgan Stanley denied that they contacted Parish to find out about his data-selling service. Several sources at Merrill said that representatives of the firm reached out to Parish after hearing he was meeting with other brokerages.

Parish, a former recruiter and broker who was barred from the industry, has had previous brushes with controversy. He said he knows his career has not always been "picturesque."In 1998, when he was 23, he got fired from Edward D. Jones & Co after admitting to making 20 unauthorized trades on two clients' accounts, New York Stock Exchange arbitration records show. The trades also led the NYSE to suspend him for three months in 2001. Edward D. Jones declined to comment.

Parish set up his own brokerage recruiting practice, called Axiom Consulting Group, in 2006. Parish said UBS was one of its major clients. UBS confirmed Parish was one the recruiters it used. Parish said he sold his recruitment firm in March to his two partners for an undisclosed sum. AdvisorHUB launched on Jan. 21 as a smart phone app with a staff of four people and $250,000 of startup capital from five investors, including Parish. The website was launched soon after. Parish declined to name the other investors.Initially, the service failed to get traction, a problem that Parish blames on a design glitch that made it difficult to find in major search engines. He decided to drop the subscription and add the rumors section, where his staff posts rumors under the pen-name "Yoda." "The information on deals for some of these firms is way off," said Frank LaRosa, a recruiter. LaRosa said brokers approached him with unrealistic expectations based on information on AdvisorHUB. Parish said his approach when deciding what to publish in the rumors section is, there's a grain of truth in everything. He said he and his staff of eight people now check anonymous tips with two or three other sources until they are satisfied it is worth publishing. He said he fields up to 400 emails and 100 text messages and phone calls daily from tipsters.