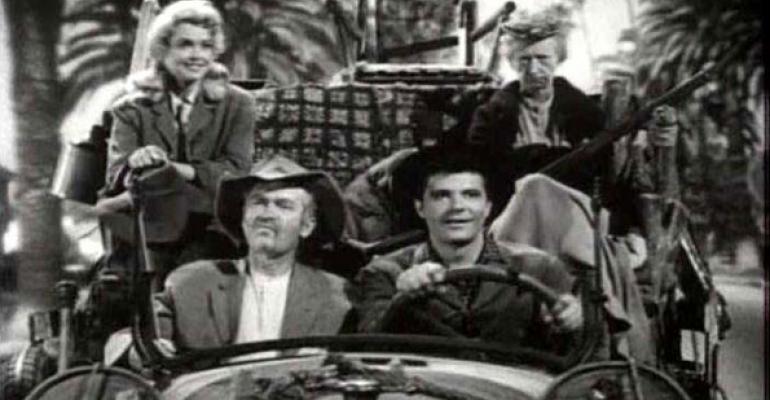 My first brush with private banking (really, family office/concierge services) was via the classic TV show, “The Beverly Hillbillies” and Mr. Drysdale.

The Clampetts were the noveau riche, the “new money” class who bungled their way through the issues and difficulties that newfound wealth brought to them.  Interestingly, Mr. Drysdale’s relationship (as well as Miss Jane’s) was with Jed Clampett-patriarch of the family.  He didn’t look to create any relationship with Jethro or Ellie-Mae, the next-gen.

Fast forward to 2012 and you will see that wealth has had a facelift.  The demographics of UHNW/HNW are changing rapidly. Baby-boomers, currently the wealthiest generation, are aging and transferring assets at the rate of trillions of dollars per year. Retiring baby-boomers in their late fifties to early sixties are changing from “net spenders” to “net savers.”  Gen X (born late 1960’s-1070’s) and Gen Y (born 1980’s - 1995) are expected to overtake their elders by 2018 in terms of wealth. IPO millionaires and the broader technology success stories have created an explosion of wealth creation - it seems many are getting richer much earlier than ever before.

Scarier for wealth managers is that up to 98% of new wealth inheritors (and 70% of widows) change advisors!  Is this a problem or an opportunity? How can wealth managers be prepared for this seismic event?

According to one study, the Deloitte Wealth Management “A New Breed.  Opportunities for Wealth Managers to Connect with Gen-X and Gen-Y—2008”, there were 80 million baby-boomers in 2004 worth an estimated $59 trillion.  That number is estimated to drop to $46 million by 2018 and continue to trend downwards.  Gen-X  (estimated 45 million) and Gen-Y (estimated 60 million) were worth $10 trillion in 2004 and their combined wealth is predicted to be at least $28 trillion in 2018.  I believe underestimates the wealth yet to be created due to the resurgent tech economy, which mostly favors the young.  What can you do to hold onto existing clients and prepare for the new, wealthy client of the future?

First, your messages must change to match the value propositions that are important to the new generation.  Baby-boomers (and especially new wealth inheritors) appreciate and value trust and loyalty.  For Gen-x/Gen-y, those are less important, and in some cases, complete turn-offs!  Instead, this new generation values higher transparency and community.  They are socially responsible.  What messages does your firm promulgate?  Do you communicate that message to new clients? Most important, does your online presence reflect those value propositions which resonate with younger, future clients?  If not, you need to give yourself/and your firm an online facelift.  One of the most distinctive behaviors of this group is the their propensity to Google something or someone to learn more about the topic or person rather than asking for referrals from friends.  If they do get a referral, they Google it.  This makes it essential to Google yourself and your firm and learn about what items appear.  Assess your online presence for messaging?  Is it consistent?  Will it resonate with your new, future clients? If not, you are at risk.

This is the case for social media and how it can be used to create thought-leadership for you and your firm.  Personal/corporate branding can be accomplished through communicating consistent messages reflecting your firm’s strengths and targeting toward the new value propositions of Gen-X/Gen-Y.  Social media platforms like LinkedIn, Twitter, Facebook and others will help you engage future clients who use these sites to connect, learn and engage.  Social media messages can be targeted to ever narrower niches, and is much more effective (and far less costly) than most other forms of marketing.

I would encourage everyone in this industry to take a good look in the mirror and decide:  Do I need a facelift?