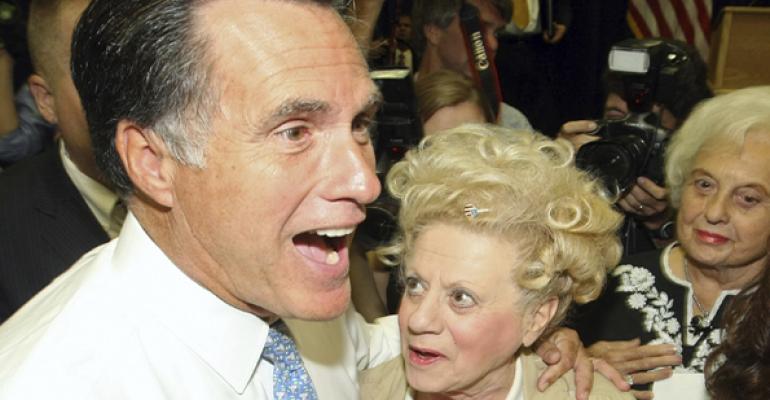 Financial advisers look at a well-executed financial plan in the way an art lover looks at a painting. Mitt and Ann Romney’s 1995 Family Trust (the Romney trust), with its reported $100 million, is the financial-planning equivalent of the Mona Lisa.

The Romneys have planned admirably, integrating investment, income tax and estate tax strategies. Further, the Romneys have reportedly paid no gift tax; a Romney campaign spokesperson told CNN that no contributions to the trust exceeded the gift tax limit. So, how did the Romney trust reach $100 million?

Assuming that their gifts were always the maximum gift tax-exempt amount each year between 1995 and the present, the Romneys would have needed to sustain an average rate of return of 26 percent to get from $11.89 million (the sum of these contributions) to $100 million. This scenario is highly unlikely, given that the S&P 500 averaged about 10 percent during that period. Private equity investments generally seek to outperform the market average, but it’s a stretch to assume a return 16 percent better than that of the market every year. In fact, private equity return data compiled by Cambridge Associates show that, over the last 25 years, private equity has outperformed the stock market only by about 4 percent.1 How, then, did the Romney trust produce this value? Doubtless, the Romneys hired the best available financial and estate planners to create a customized plan, which surely included a variety of techniques. Though the Romney family hasn’t released gift tax returns or disclosed the actual amounts of their contributions to the trust, it’s possible to theorize about the most likely strategies in play and to create a scenario that could have accumulated $100 million by year-end 2011.

Let’s assume that the Romney trust invested in private equity exclusively and that private equity returned 4 percent more than the S&P 500 in each calendar year since 1995. As the former chairman of Bain Capital, Mitt Romney would have had access to multiple private equity deals.

In 1995, or even earlier, the Romneys could have established a family limited partnership (FLP). As with all limited partnerships, an FLP has two types of partners: general and limited. In a typical FLP, parents initially serve as general partners, giving them management power, and their children or grandchildren participate as limited partners.

Another technique the Romneys may have used is a grantor retained annuity trust (GRAT). This type of trust is designed to allow an individual to shift the future appreciation of an asset, above a pre-established hurdle rate, to a beneficiary without incurring gift tax. As the trust’s name suggests, the trust-maker (that is, the grantor) receives a yearly payment from the trust for the fixed term of the trust’s duration; at the end of this time, any remaining assets in the trust go to the beneficiary.

The required annuity payment in a GRAT is calculated using the Internal Revenue Code Section 7520 rate. If the grantor chooses to make the sum of the payments exactly equal to principal repayment plus the required interest rate, all of the assets in the trust will come back to the grantor at the trust’s termination as long as that rate equals the assets’ rate of return, leaving nothing for the beneficiary. When set up this way, the trust isn’t considered a gift for federal tax purposes since, in theory, no value is being transferred; if the trust’s actual rate of return equals or is less than the IRC Section 7520 rate, the grantor will receive back exactly what he put in, less the fees to set up the trust and any losses the assets incurred. However, if the assets earn more than the Section 7520 rate, the difference goes to the designated beneficiary, gift tax-free.

For the Romneys, let’s assume they created two eight-year GRATs: one at the beginning of 1996 and the other, eight years later, at the beginning of 2004. Let’s assume the first GRAT was funded with $10 million. In January 1996, the Section 7520 rate was 6.8 percent. Therefore, each annuity payment for eight years would have been $1,661,721. At the end of the eight-year period, after paying $1.66 million annually back to the Romneys, $15,876,280 would have remained in the GRAT as a result of investment returns, which, on average, exceeded 6.8 percent annually. This sum could have passed to the Romney trust.

Let’s assume the second GRAT was funded in January 2004 with $40 million, when the Section 7520 rate was 4.2 percent. Therefore, each annuity payment for eight years would have been $5,990,276. At the end of the eight-year period, after paying $5.99 million annually back to the Romneys, $36,455,243 would have remained in the second GRAT, which could also have passed to the Romney trust.

A related technique is the charitable lead annuity trust (CLAT). Instead of returning to the grantor, the trust’s annual disbursements go to a charity of the grantor’s choice. Like a GRAT, a CLAT’s annual payments must clear the Section 7520 hurdle rate; if the annuity is set to mirror this interest rate precisely, the entire gift is characterized as charitable, which means it incurs no gift tax. When the trust’s term expires, any excess not paid to the charity go to designated heirs, still gift tax-free. The grantor of the CLAT may also receive an upfront income tax deduction based on the value the charity expects to receive.

Let’s suppose the Romneys set up a two-year, $2.5 million CLAT in January 1996. As mentioned above, the Section 7520 rate at the time was 6.8 percent. Therefore, annual payments to charity would have been $1,378,897. Assuming private equity performance over those two years, after making both $1.4 million annual payments to charity, the CLAT would still have had $1,086,855 remaining at the end of its two-year term. That amount could have been further invested in the Romney trust.

A short-term CLAT strategy can make a lot of sense. The Romneys could have taken an upfront tax deduction for the amount expected to go to charity. Even if the CLAT performed at less than the Section 7520 rate, the CLAT would distribute its remaining amount to charity. The grantor could still receive an upfront tax deduction on the amount that was expected to go to charity. Of course, the beneficiary wouldn’t receive any transfer, but the grantor could, subsequently, start another CLAT. These so-called rolling CLATs, and rolling GRATs, for that matter, can result in a “heads, I win; tails, I don’t lose” scenario. Short-term CLATs actually benefit from market volatility, which can be extreme over brief periods.

If we assume the Romneys made a series of rolling CLATs of increasing value biennially beginning in 1996, these CLATs would have transferred $8,673,992 to the Romney trust and would have appreciated to $12,086,189. (See “Charitable Lead Annuity Trusts,” below for details.)

Intra-family loans might also have served as a useful tool for the Romneys. Such loans provide capital to junior generations or trusts at lower than commercial interest rates. As long as the loan is constructed properly and the minimum Internal Revenue Service-sanctioned interest rate is met, family loans will avoid being characterized as gifts. If children invest their loans wisely, they can repay the interest annually and the principal in a final balloon payment. Should the investment performance of the loan proceeds exceed the interest rate, the children can keep the leftover gain, all without incurring any gift tax. The same principle works for lending money to a trust.

For the Romneys, let’s assume at the beginning of 1996 they made an eight-year loan of $1 million to the Romney trust, at an annual rate of 5.73 percent, the IRS applicable federal rate (AFR) for mid-term loans in January 1996. After eight years of paying $57,300 of interest and repaying $1 million of principal, the trust would have retained $1,156,675 in excess earnings.

Having repaid the $1 million loan in January 2004, let’s further assume the Romneys then lent $10 million for eight years to the trust, at an annual rate of 3.52 percent, the IRS AFR for mid-term loans in January 2004. After eight years of paying $352,000 of interest and repaying $10 million of principal, the trust would have retained $6,588,880 in accumulated excess earnings from both family loans.

Adding up the $15.4 million of limited partnership interests contributed to the trust (undiscounted), the earnings of $14.2 million on those interests (undiscounted), the $52.3 million transferred via the two grantor retained annuity trusts, the $12.1 million from the charitable lead annuity trust and the $6.6 million from the intra-family loans, we reach more than $100 million.

The scenario above is, of course, one of thousands of possible permutations. Because of his position at Bain Capital, Mitt Romney might have had the rather unusual option of transferring his general partnership interest to his sons’ trust directly, offering large valuation discounts for this uncertain, but potentially highly profitable, asset.

We also know the Romneys set up their sons’ trust as an intentionally defective grantor trust: “defective” in the sense that the senior generation pays yearly income tax on the trust’s earnings, so the trust itself doesn’t have to do so. This is yet another strategy to increase the trust’s overall worth.

While we can’t know with certainty which of these techniques the Romneys did or didn’t use, the case serves as an interesting lesson in how savvy estate planning can help increase beneficiaries’ ultimate inheritance. The Romneys have the resources to pay the best advisors they can find to help them decide what techniques are right for their family. Each of the strategies above has benefits and drawbacks; all are worth considering in a wide variety of situations.