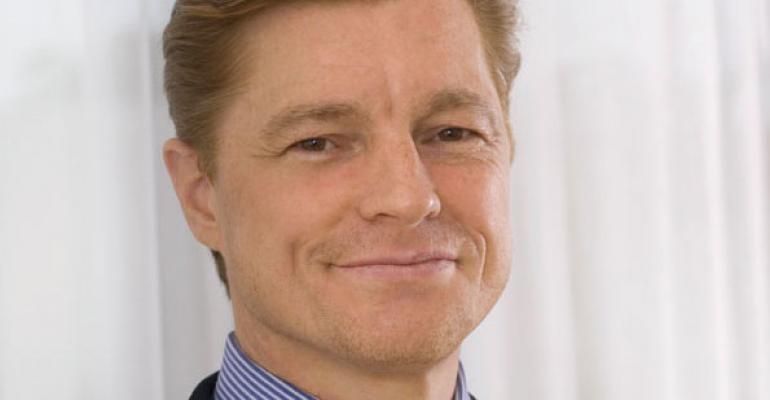 From Hollywood to the Boardroom

Dean Erickson is a financial advisor in West Los Angeles, and few FAs can claim his kind of wide-ranging background: He has worked as a professional actor, writer, self-help guru, and motivational speaker.

Erickson, 53, grew up in Maine and is married to prominent L.A. publicist Lisa Elia (Erickson). He has a rather eclectic creative drive. “When I was at Brown University, I thought I wanted to go to where the money was after I graduated in Mathematical Economics in 1982,” he says. He began his journey as an options trader and risk arbitrageur in New York. (For a short period later in life, he also was an FA at UBS.) But he says he tired of his earliest Wall Street gigs.

“I soon learned there’s more to life than getting rich, so I decided to take a step back,” he says. Erickson began taking acting classes to help him polish his presentation skills for the rounds of fund raising he’d planned for a hedge fund idea. “Once I took that acting class, you know, I caught the bug,” he says.

The hedge fund got sidelined. And Erickson started acting in off-Broadway productions in New York (he modestly describes them as “off-, off-, off-Broadway”), and eventually made his way out to Los Angeles. Erickson found himself an agent and landed the role of the waiter Eric on the NBC comedy Frasier. (Frasier ended in 2004.)

The obvious question: Did the cast need financial planning? Erickson laughs. “I hadn’t the opportunity to ask them, but I am sure Kelsey Grammer [who played Frasier Crane] would have a nice portfolio.” Later, Erickson was hired to play the character of Gabriel Knight in The Beast Within, a hit 1996 video game.

Eventually his love of professional acting had waned under the weight of trying to find steady work. Instead, he picked up his pen. He labored on a mystery novel for 10 years, finally completing No One Laughs at a Dead Clown under the name DC Erickson.

A computer malfunction destroyed the outline for his second novel, so he turned instead to the self-help genre. Choose Your Story, Choose Your Life was published a few short months later. His latest book, Act. Adapt. Achieve, is classic self-help. (The book is available on Amazon in paperback and for the Kindle.)

His investment philosophy? Conservative. “I can add a lot of value by minimizing risk by proper investment selection,” he says. “I can do this and lower costs by selecting fixed income mutual funds and equity ETFs, for example.”

Erickson says the name of his firm, Bionic Capital, recalls his involvement with the Internet (he created a few websites, another talent) but it also recalls his starring role in The Beast Within. But Erickson’s professional acting days are now done as he turns his attention to wealth management. Indeed, his career has come full circle. It started on Wall Street, and now he’s back. But in a remarkable way, he never strayed too far from sales calls and high finance.

“The best acting is the most honest you can be in imaginary circumstances,” says Erickson. “In sales,” he adds, “that is probably how you should present yourself: Be honest with clients.”

Far from the bright lights of off-Broadway and the faded set of a TV sitcom, Erickson the FA has learned to love and enjoy wealth management. In his earlier Wall Street career, he was still the overachiever from childhood. Wealth management is a serious business, he admits, but you have no control over the markets’ course. In his twenties, he didn’t handle that very well as a split-second arbitrageur. Acting and his creative pursuits were an emotional release.

“Success comes in lots of forms, and it isn’t really about being the richest guy on the Street,” Erickson says. “It is about taking care of my clients.”