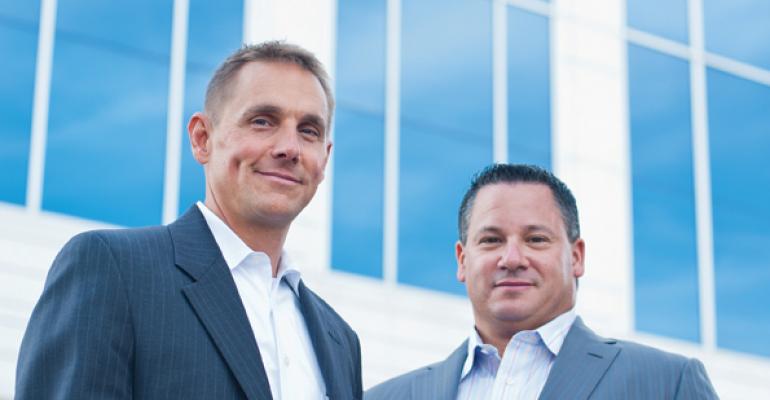 It Started With A Handshake

Most partnership agreements are iron-clad, drawn up after days of discussion and lawyer input. That’s not the way Ryan Wibberley and Michael Fein struck a partnership in 2002; up until a couple years ago, the two were operating on a handshake.

Of course, that doesn’t work for everyone. These two have a special friendship that goes back to being roommates at Towson University in Towson, Md. They met through an off-campus apartment complex manager, who knew they were both looking for housing. Both economics and finance majors at the time, they ended sharing a one-bedroom apartment near campus.

After college, Wibberley went into financial services, working first with IDS Financial Services (now Ameriprise), Merrill Lynch, and finally Legg Mason. He decided to go out on his own and started CIC Wealth Management in 1999.

Fein went a different route. Out of college, he taught tennis and then ended up working for Rent-A-Wreck, the car rental franchise. Within a few years he became franchise director and eventually national/international franchise sales director. But this was not his passion.

On Wibberley’s recommendation, Fein went into financial services, working for an RIA firm in Lutherville, Md., Harvest Investment Consultants. While the firm was independent, it wasn’t the kind of independence he wanted. In 2002, the markets were not doing well, and the owner of the firm told Fein he had to start charging his clients a $185 account fee that he had been waiving for small clients.

In March 2002, Fein called Wibberley and said he was ready to join CIC. “We didn’t discuss money at all,” Fein says. “We just said, ‘We’ll make it work.’”

But the two are very different. Fein is much more outgoing and spontaneous, while Wibberley is more methodical.

“Now that you make me think back to it, it’s amazing that we were friends, but for whatever reason we’ve always been,” Wibberley says. “And I think maybe it’s because in some ways we’re so different, but in values and things like that we’re very the same.”

What makes their partnership work is that they have similar values in how they want to run the business—putting clients first and setting aside their egos. For example, Fein recently took a four-hour drive to Wibberley’s office in Gaithersburg to help one his clients on the 401(k) participant side, which Fein specializes in.

They each have their own books of business, and they keep the revenue from their own clients. When it comes to their associate advisors and staff, they share those revenues and expenses 50/50.