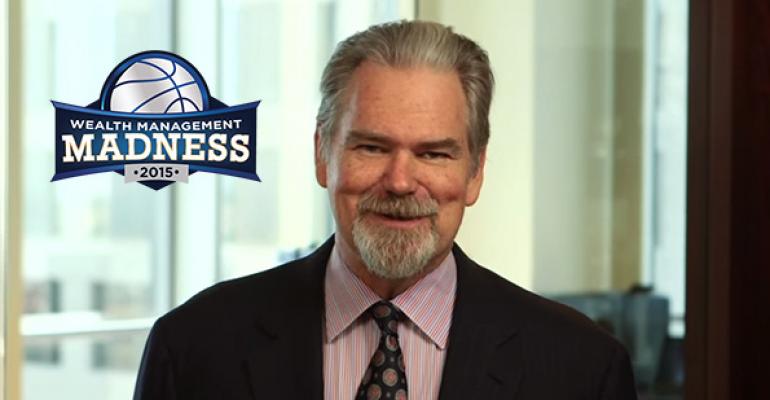 All around the hotel ballroom, jaws are dropping. The financial advisors who’ve come here for a free lunch along with an armload of investing platitudes are only actually getting the former. Because today’s speaker, Rob Arnott, doesn’t deal in platitudes. When he talks in front of a room full of investment professionals, the only thing they should know in advance is that they’re about to hear something very different.

In fact, no major figure in the investment business has been more of an iconoclast than Arnott, the founder of Research Affiliates, which manages more than $50 billion in assets. He’s been saying provocative things about portfolio management and asset allocation for almost a decade and a half now, since the founding of his firm.

I’m pushing a rubber chicken around my plate as silverware clinks and ice water clanks all around me. Rob Arnott is talking about the inherent and major flaw of the industry-standard “glidepath” retirement portfolio. His thesis - that young people are putting themselves doubly at risk of a bad economy by being both susceptible to job loss and loaded up with stock market risk - turns the convention of how to allocate assets on its head. The advisors in attendance are suitably shocked by the idea that they’re doing everything precisely backwards. But they’re also forced to nod at the logic it’s based on.

This provocation is classic Rob Arnott.

Research Affiliates was founded in 2002 with the idea that there were better ways to construct investment models that would be durable and capture the best of what markets have to offer. As a pioneer in the field of fundamental indexing, Arnott had to wait almost a full decade to see the mass acceptance of what we now refer to as “smart beta” catch on in the mainstream.

Rob Arnott’s success in the investment industry was earned the old fashioned way: Research. He’s written over 100 scholarly articles and has won the Graham and Dodd Scroll - an award from the CFA Institute for “article of the year”—six times.

In a recent article for the Journal of Portfolio Management, Arnott and his colleagues delivered a crushing blow to traditional cap-weighted indexing by demonstrating that every popular fundamentally-weighted strategy has done better. The coup de grace came when he then showed how the inverse of these popular “smart beta” strategies also beat the cap-weighted benchmarks. This was a finding that destroyed so many investing cliché﻿s that the bodies were piled up to the ceiling.

Rob’s influence on the industry and his tendency to drive the conversation forward is undeniable. It’s been an honor to know him and a pleasure to read his stuff each year.

Joshua Brown is a New York City-based financial advisor and CEO for Ritholtz Wealth Management. He can be reached on Twitter @ReformedBroker.