/sites/all/themes/penton_subtheme_wealthmanagement/images/logos/footer.png
Recent
Recent
Hybrid Work Was Supposed to Create the Best of Two Worlds. It’s Turning Out to be a Challenge for Office Tenants
May 25, 2022
Eight Must Reads for the CRE Industry Today (May 26, 2022)
May 25, 2022
Cresset and Meristem Merge to Create $27B AUM Multifamily Office
May 25, 2022
Know the Rules: State Residency and Taxation for Individuals, Trusts, and Estates
May 25, 2022
Featured
The 10 Best and 10 Worst States in Which to Retire in 2021
Jul 15, 2021
Poll: 15 Classic Books on Investing and the Markets
Apr 03, 2020
Fifteen Must-Listen Business Podcasts for Advisors
Aug 14, 2020
Celebrity Estates: Jay Leno and Planning for Classic Car Collections
Feb 22, 2022
Viewpoints
brought to you by 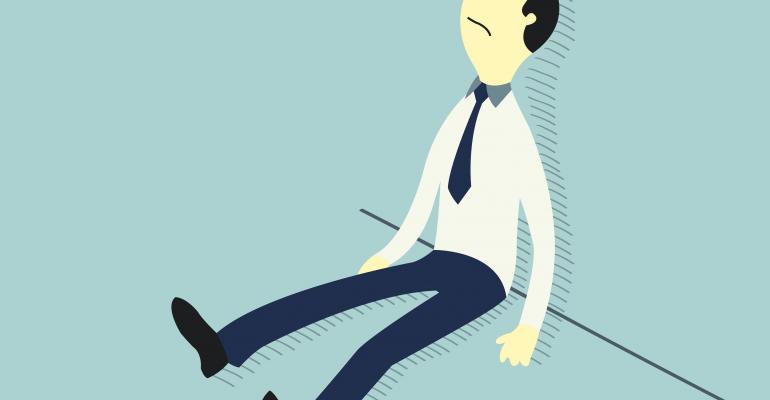 Current conditions in Europe are a harsh reminder of 2011, and may lead the world's financial system to its very own stress test - not only limited to the European banking sector.

A quite picturesque landing at Frankfurt airport on my route from Berlin to New York this past Saturday – the mist of the early morning fog barely revealed the silhouettes of the distant skyscrapers. Part of this ever-dynamic skyline is a massive construction site for the new and elaborate home of the European Central Bank (ECB). The gray sky likely reflected the mood of policymakers that morning, with news surfacing that results of the (still) secret stress test to assess the strength of European banks had been leaked. Fast forward, the (now official) data was not much better than the previously revealed information: 25 major European banks could not meet requirements and face a shortfall of about EUR24 billion ($31 billion) in capital requirements.

When I think of stress testing, it is a gut-wrenching “all-out” run on a treadmill, pushing myself to new limits and leaving my body begging for a break and a breath; it is difficult, to say the least. The “fitness assessment” for European Banks was not that “stressful,” after all. With the ECB assuming the role of European banking oversight, effective on November 4, 2014, it is clearly better to start off “clean” by providing confidence to the marketplace and, at the same time, not preventing banks from effectively managing operating requirements or lending activities - a more than delicate balance to achieve. It is likely for this reason that regulations governing the stress test have not been fully phased-in, as otherwise 34 of the 130 banks tested would have failed. The lax standard continues to be a concern, since banks that were originally cleared in previous 2010 and 2011 versions of European stress testing failed only months later.

It may not be a coincidence that the ECB has been anchored deep within Frankfurt, which is home to Germany’s national and global banking sector, as well as the Deutsche Bundesbank, the domestic and historically powerful central bank. Whereas Mr. Mario Draghi, President of the ECB, still embraces an all-encompassing “whatever it takes” approach (the stress test is yet another example), it is here in Frankfurt where German influence, as measured by economic standards and with respect to monetary policy, is centered. It has become public knowledge that Mr. Draghi has not only been clashing with Jens Weidmann, head of the Bundesbank, but also with German Finance Minister, Schäuble. At the end of the day, Draghi may get he wants, given the dire economic conditions in Europe, but each attempt will become increasingly more difficult.

The new ECB building, a recently estimated EUR1.3 billion construction project, is running far beyond the original schedule and budget, and may be symbolic of the European Union (EU) build itself – a possibly flawed design. The majority of the 28 EU member nations have entered a monetary union (EMU) with the adoption of a single currency. However, a comprehensive fiscal union that allows for the integration of national fiscal treaties under a federal framework was never established. In consequence, European policymakers lack the ability to make decisions about the collection and expenditure of taxes on a European level and, thus, the unified ability to mutually support each nation’s debt. On the surface, EMU member nations are “connected” through the single currency, but continue to remain truly disconnected in many other respects.

Current conditions in Europe are a harsh reminder of 2011, and may lead the world's financial system to its very own stress test - not only limited to the European banking sector. Global investors will have to adhere to a high standard with respect to their asset selection, acknowledging that most of Europe continues to suffer from a sovereign debt and/or banking crisis, rather than a lack of good businesses with attractive valuations. On balance, uncertainty and related volatility will remain an integral part of the “European story” until there is political consent and intention to address not only the inherent design flaw of the Union, but also to find ways of dealing with the growing legacy cost within the financial system.