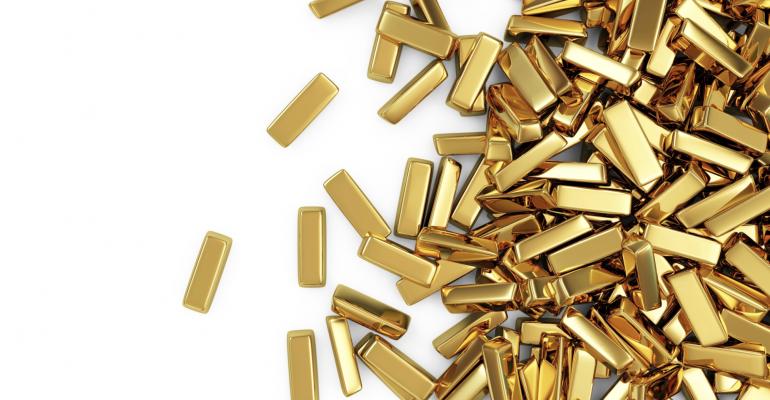 What Color is Your Gold?

Like it or not, 'shunned' gold bugs may actually have interesting points to contribute to a value investment discussion.

To set the record straight, I am not a gold bug. At the same time, I have little tolerance for the “bashing crowd” criticizing the yellow metal as a non-productive asset with no ability to earn income. Given that gold has maintained its character as a store of value over centuries and is regarded as commonly accepted tender, and, more importantly, with recognized global businesses engaged in heavy mining for precious metals, there are at least a few reasons for us to pay attention.

Like it or not, “shunned” gold bugs may actually have interesting points to contribute to a value investment discussion. Whereas shares of mining companies are trading substantially higher compared to the lows seen during the financial crisis, the historic valuation gap has reached extreme levels: when measured by price-to-book ratios, most gold-mining stocks are more than 50% lower over the five-year period and yield about three times as much as in 2009. Further, the relationship between the prices of gold and gold mining stocks is significantly “tilted” in favor of the metal, set at a ratio not seen since 2000, and potentially the basis for mining stocks to mean-revert to the upside.

The gold story appears to have an “echo:” given the recent sharp decline in the price of “black gold,” or oil, investors also have an opportunity to identify attractive opportunities in energy names. On an index basis, allowing for the same five-year comparison as with gold, oil stocks are trading at a 13% discount in their price-to-book relationship, and about a 30% discount with respect to prices paid for earnings. In addition, the pick-up of 15% in yield vs. 2009 is still attractive, given the notorious zero-interest-rate policy (aka “ZIRP”) maintained by the Fed.

With China and other emerging market economies slowing, the pressure on the price of oil may build in the near term, making an investment in select energy names a matter of strategic allocation choice, rather than a tactical “bargain-hunt.” Yet, there are related opportunities with energy prices declining further. Our friends at Cornerstone Macro estimate that every cent saved on gasoline at the pump will free up approximately $1.2 billion for U.S. consumers, in addition to helping fuel-dependent transportation businesses.

The push and pull between inflation and deflation is yet another interesting dimension of our analysis. While gold is commonly accepted as an inflation hedge, and prudent to consider in a world of expanding central bank liquidity, it is clear that the current price of energy supports non-inflationary outcomes, benefiting consumers and corporations. However, the impact of cheaper energy on a sovereign level is not as clear: Although some nations can benefit because of their economic structures, other economies that are heavily dependent on revenues of commodity production, especially oil, will suffer—some to a degree that their entire population may become negatively impacted (think of the Middle East).

Whatever the color of your gold, the current value proposition is very compelling, but complexly interrelated. Select mining and energy names will likely produce attractive long-term results, but investing globally at the country-level should involve careful acknowledgement of the structural differences of given economies. Also keep in mind that the U.S. consumer has received a significant spending boost, potentially a bullish formation in the short run that could relieve policymakers from the immediate pressure of fiscal adjustments and political gridlock. If the above arguments are not convincing, there remains the opportunity to invest in “liquid gold,” or water, as I recently discussed in Glass Half Full.