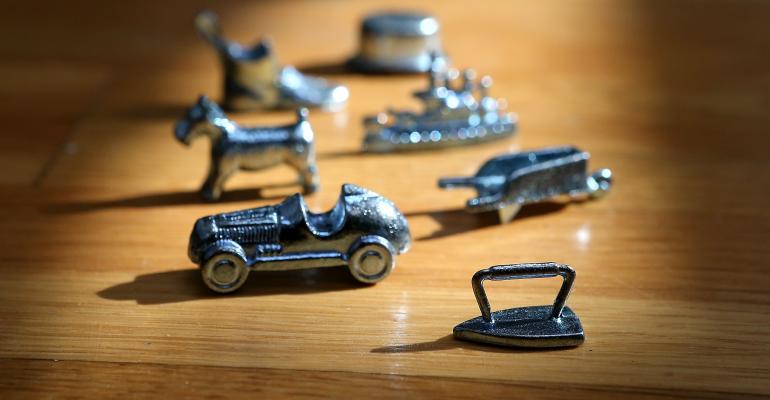 From Mayfair to Boardwalk

In guiding investors, we can draw parallels between the U.K. and U.S., and may even offer a careful outlook into future developments.

“Cool London Is Dead and The Rich Kids Are To Blame” is the daring title of a recent British newspaper article. Not even engaging in the core of this accusation, I do vividly remember a very different London from my early years as a frequent business traveler. Trips to the U.K. were exciting – the city was of royal charm, artsy, and full of history, but was most certainly not known for offering a lavish lifestyle to the rich and famous. To the contrary, walking the streets of today’s posh Knightsbridge, a part of central London, seems more like a journey into a fantasy-land of high-end store-fronts, star-struck dining experiences, and collections of luxury cars on display.

The flow of capital into the U.K. is not a recent phenomenon, as many may think, but dates back to 1799. The inception of the British tax system resulted in rules that favorably defined a person's domicile from a tax perspective, allowing the world's super wealthy (back then colonists) to only be taxed on capital remitted to the U.K. (i.e., for living expenses), while invested capital “at work” and related income was subject to taxation of other countries. First came the “oil money,” and so it should not come as a surprise that London's mayor jokingly titled his city as the “eighth emirate” during a trip to the United Arab Emirates last year.

Even with tax rules updated to reflect the standards of the modern world, today's interest in London remains strong, particularly for investors in real estate. Not only is the U.K. considered an attractive corporate tax haven, with tax rates at 20% (effective 2015), but economic and geopolitical uncertainties in continental Europe and beyond have triggered money flows “looking for safety.” In 2013, Russians topped the list of foreign buyers of London’s super-expensive properties (GBP 1 million+), not shying away from a market that has experienced the strongest annual growth since the year 2000; this was followed by a recorded +21.6% increase between the months of August 2013 and 2014.

London has become “that sort of expensive” that even we, as New Yorkers used to heavy price tags, would find the city sobering. A recent study comparing the total cost of locating employees to one of the top global metropolitan centers has ranked London as the most expensive place in the world, followed by Hong Kong, and New York. The data takes into account the annual cost per employee of renting living and office space, not even accounting for the extravagant sums paid for London real estate. Recently an apartment near Hyde Park exceeded all previous purchases at $230 million, as compared to a current NYC top listing of $130 million.

In guiding investors, we can draw parallels between the U.K. and U.S., and may even offer a careful outlook into future developments. The U.S., at the brink of a new energy independence, with an inexpensive currency, and shielded from most geopolitical conflicts, is the perfect combination of a good deal and safe haven real estate investment. Sales of U.S. residential properties to buyers from abroad were recently recorded at $92 billion, up 35% from the previous annual observation period.

Recent trends are not only supported by the ultra-wealthy, but appear to have gained traction with institutional investors as well. The Sovereign Wealth Fund of Norway, the world's largest, has spent about $3.2 billion on U.S. commercial real estate this year alone, more than twice the amount spent in 2013. Even U.S. institutional players and hedge funds have been at the forefront of making money with “brick and mortar,” expanding their focus beyond real properties to “soured mortgages.”

The global real estate craze should not surprise us; with central banks flushing the world with liquidity, paired with historic low interest rates, investors are aiming to secure their purchasing power and income. Whereas this notion has positively restored the value of the largest privately-held U.S. asset of residential homes, current developments are also worrisome. Risks are related to false price-formation and an uneven recovery strictly benefiting the wealthy, inclusive of the disturbance of deep-rooted socioeconomic foundations, as many current residents will be “priced-out.”

In global comparison, the U.S., and especially its metropolitan centers, are inexpensive and have room to grow, likely with a positive “domino effect” for the rest of the country. On the other hand, with higher prices, the cool kids, as in London, will have to leave town, presumably transforming previously vibrant cities and neighborhoods into orderly shopping-mall-type experiences. Take a walk in NYC’s Williamsburg, Chelsea, or SoHo and see for yourself.

The avid player of Monopoly will know the differences between the U.K. and U.S. versions of the board game: the most expensive streets are Mayfair and Boardwalk, respectively.

Matthias Paul Kuhlmey has written about asset price inflation in real estate and its socioeconomic aspects since 2012. For further reading, please see his blogs, Knightsbridge and Tall Skinny 2.0.