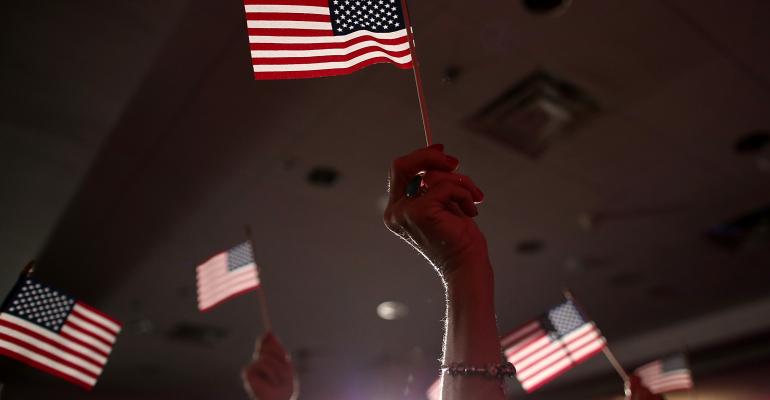 Bob Doll: What Do Election Results Mean for Investors?

Now that the Republicans control Congress, the expectation is that they will want to use this opportunity to demonstrate to the American people that they can govern effectively.

The months of campaigning are finally over and voters cast their ballots yesterday. While a few races around the country are still too close to call, Republicans were able to add a few seats to their majority in the House of Representatives and gained control of the Senate. As the election results were coming in, pundits focused on who was winning and why and what potential legislative changes we may see. But investors have another important question: What will these results mean for the markets? We discuss some key ideas investors should consider and offer our thoughts for what the election results might mean.

What Happened? And Does This Election Matter?

At the beginning of the year, we predicted that Republicans would make gains in the House, but did not expect them to capture the Senate. In the end, it appears that President Obama’s declining approval ratings along with mounting criticism over his administration’s handling of such issues as rising geopolitical threats and the Ebola scare were enough to turn the tide in favor of the Republicans.

The 2014 election was not a “wave election” like 2008 when Democrats won the White House and made massive gains in both houses of Congress, or the 2010 mid-terms when Republicans took over the House and picked up several Senate seats. Rather, the fact that Republicans will now control both houses of Congress does represent a shift in the balance of power, but it is a modest shift.

From an economic and markets perspective, then, we would say these election results do matter, but we wouldn’t say this election was a game changer. It will certainly be easier for Republicans to pass legislation to send to President Obama, but it’s an open question whether he signs such legislation and the extent to which Republicans and the president work together.

What to Expect With a Republican Congress

Now that the Republicans control Congress, we expect they will want to use this opportunity to demonstrate to the American people that they can govern effectively. In the run up to the 2016 elections, we think the GOP will want to focus on a few issues they could quickly pass through Congress and get onto President Obama’s desk:

In addition to this short list of legislation, investors should keep their eyes on some key policy issues over the coming years:

So far we have outlined some important high-level issues, but how will the elections affect the stock market as a whole? Elections do matter, but we believe they are less important than the state of the economy, the direction of corporate earnings, valuation levels and the fundamentals that determine a company’s stock price. That said, investors should understand some long-term historical trends that surround election cycles.

Markets have since recovered, which is also part of a familiar mid-term pattern. Since 1930, in fact, the S&P 500 Index performed significantly better on average in the last quarter of a mid-term election year than it did earlier in the year, as can be seen in Exhibit 1. This effect has tended to last into the following year. Since 1950, the S&P 500 Index experienced positive returns in every six-month period following the last 16 midterm elections, with an average gain of 16%. (3) One reason for this trend may be that elections remove uncertainty, and if there is one thing investors love, it is clarity.

The dust has barely settled, and already politicians and prognosticators have their eyes on the next set of elections in two years. Two years is an eternity in politics and it’s little more than background noise to be speculating about who will run for president (much less who will win).

But such talk does have a practical effect, since it means that President Obama and the 114th Congress will have only a brief window to enact any new legislation before everything in Washington becomes overshadowed by the next presidential campaign.

And for those of us breathing a sigh of relief that the campaign commercials are over, the unfortunate reality is that it’s probably only a brief respite.