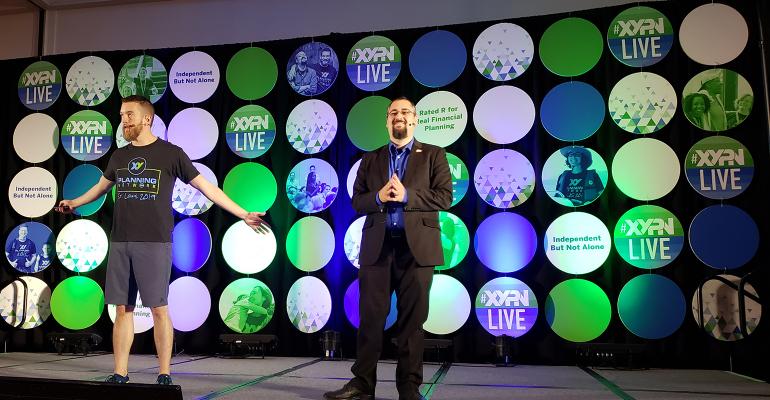 XY Planning ended its relationship with MessageWatcher and created its own compliance archiving software.

XY Planning Network has launched its own compliance archiving solution. XY Archive is a proprietary cloud-based software application and service available to its 1,170-plus network of members.

The new offering uses Amazon Web Services to store both its cloud infrastructure and data. The archiving technology relies on APIs instead of an advisor's stored credentials to extract communications that it archives. XY Archive works for Gmail and Microsoft email offerings, as well as the three most popular social media platforms for advisors, Twitter, Facebook and Instagram. XYPN plans to add Pinterest, Slack and YouTube in future.

Prior to Instagram archiving, advisors would have to screenshot their Instagram posts and archive them themselves, said Alan Moore, XYPN’s co-founder. When Moore searched the market for other compliance archiving providers, he noticed they were either not capturing all the channels or the software was too expensive for most advisors. Smarsh doesn’t have the ability to archive Twitter, he said, and that’s a huge miss.

XYPN used its experience and resources from building AdvicePay, a fee-payment processing platform for advisors that was also co-founded by Moore and Michael Kitces, to construct XY Archive.

Taylor Deardorff, XYPN’s product manager who led the build and launch of XY Archive, which replaced MessageWatcher, said XYPN advisors didn’t take too well to the latter because it didn’t provide enough archiving options for the advisors using popular social media platforms to promote their business and keep their internet-savvy clients engaged in their services. The new software is an à la carte offering like the rest of its technology programs.

“The way advisors are growing their businesses has evolved. We’ve moved away from local networking events and people just finding us because we’re the advisor that lives near them. And ultimately being able to market online and not have to worry about ‘is my Facebook live feed being archived’; ‘can I be on Instagram’; ‘can I tweet?’ Just giving advisors the ability to have an acceptable platform that allows them to go out and market,” said Moore.

“The peace of mind factor is huge with compliance solutions like this,” said Deardorff.

It took nearly one year for XYPN to design the software. And it has been in beta mode since January of this year leading up to the launch. Some of the software is still in beta mode, according Deardorff. Through a partnership with Google, XYPN also had the program security tested.