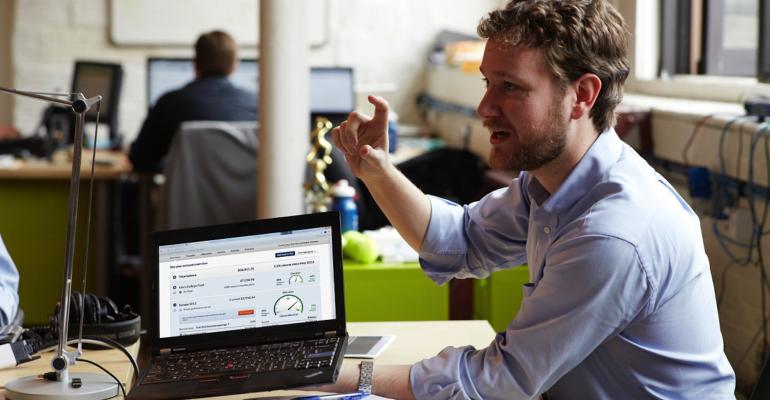 (Bloomberg) --Online financial adviser Betterment LLC has secured $70 million in new funding, boosting its valuation and giving it more clout to compete with rivals in an intensifying market.

The new capital, raised from existing investors, values the New York-based startup at $800 million, up from $700 million in the last financing round in early 2016. Swedish investment firm Kinnevik AB led the round. Betterment said much has changed since the last influx of capital.

“We’ve grown from $4 billion assets under management the last time we raised to nearly $10 billion now,’’ Jon Stein, Betterment’s co-founder and chief executive officer, said in a phone interview. “We’ve also launched more products, added more human advice, and we’ve got a lot in the works that will make for a really busy fall.’’

While Betterment has grown, so have its competitive threats. Industry giants such as Vanguard Group Inc., Charles Schwab Corp., and the largest company in the private fintech market, Social Finance Inc., have recently launched either automated advisers or hybrid versions. Large firms like JPMorgan Chase & Co., UBS Group AG and BlackRock Inc. have also been making advancements in the field, either through creating robots in-house or striking partnerships.

Stein said that with the increased competition, it’s important that this new funding go toward expanding the human advice component the company recently added and focusing on the products and features it plans to launch later this year.

Despite poor performance by fintech firms in the public market, Stein reiterated his goal of listing shares and said that this funding will help get them there.

“I think the public markets will value us well and we want to get there as soon as we can, it just can take a long time to build a financial services company,’’ he said, adding that the firm has moved closer to profitability since the last round.

LendingClub Corp. and On Deck Capital Inc. have seen their shares slide more than 50 percent since going public in late 2014, and late last year, SoFi pushed back its IPO plans as the sector struggled.