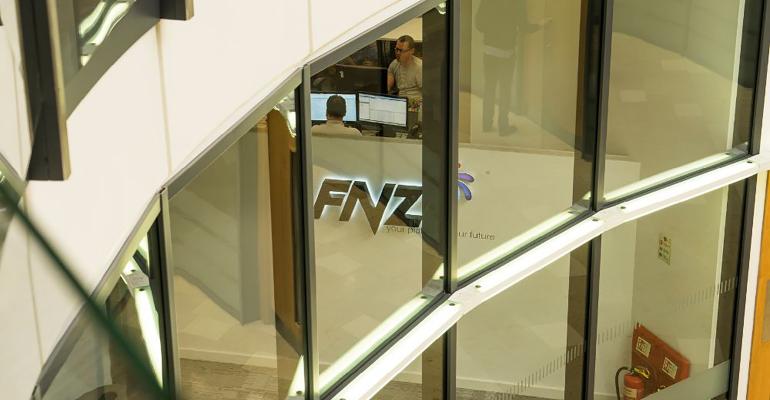 FNZ's infrastructure is used by more than 150 banks, asset managers and life insurers to oversee more than $1.5 trillion in assets.

(Bloomberg) -- Digital wealth management platform FNZ is in talks to raise about $1 billion of fresh capital to fuel its global expansion, according to people familiar with the matter.

The company is working with Lazard Ltd. to reach out to potential investors, the people said, asking not to be identified because the information is private. It plans to use the funds to grow its business and support future acquisitions, one of the people said.

FNZ’s platform-as-a-service allows financial institutions to transfer responsibility for the technology, investment operations and asset servicing underlying their wealth management businesses. Its infrastructure is used by more than 150 banks, asset managers and life insurers to oversee more than $1.5 trillion in assets.

FNZ, led by founder Adrian Durham, has made a series of acquisitions recently. It said this week it’s buying Appway, a maker of client servicing tools for financial institutions.

Mergermarket reported Dec. 9 that FNZ is seeking an unspecified amount of new capital, citing unidentified people. Deliberations are ongoing, and details of the fundraising could still change, the people said.

A representative for FNZ declined to comment, while a spokesperson for Lazard didn’t immediately respond to a request for comment.