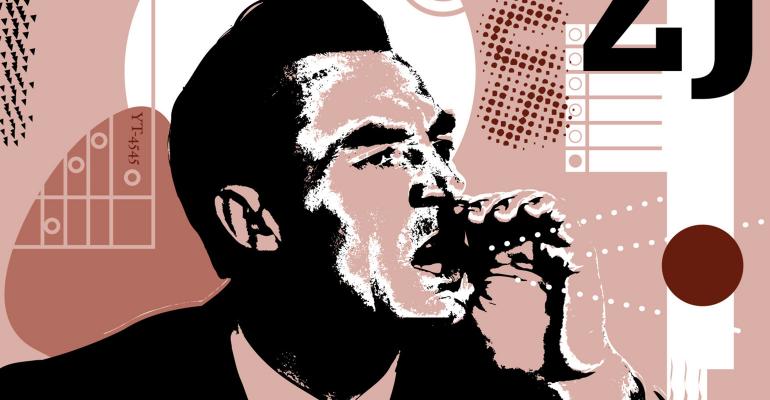 The VoiceBots Are Here

eMoney is the latest to add natural language processing and voice technology to its platform.

Soon advisors everywhere could be muttering into their computers. eMoney Advisor is making its voice command assistant available for financial advisors, one of the latest entrants into a field looking to combine natural language processing, voicebots and financial services. Earlier this year, InterGen Data demonstrated its voice command technology at Orion’s FUSE event, Envestnet | Yodlee launched its voice-enabled Envestnet Intelligence for Financial Institutions last month and TD Ameritrade recently revamped its Amazon Alexa Skill to include account access and trading features. As developers become more proficient with the technology and usage expands, advisors will have to familiarize themselves with the technology, said industry observers and security experts.

The latest tech from eMoney Advisor was unveiled at its Orlando conference in early October and was formally announced today. Powered by a suite of Microsoft’s Azure products, advisors can access client data and reports quickly and verbally. The service is available at no additional charge just by clicking the microphone icon within eMoney’s search bar. New voice commands and functionality are planned for release over the next year.

“Just as smartphones went from novel to necessity over the last decade, voice interfaces like Amazon Alexa are quickly becoming more pervasive as people grow more and more comfortable using them,” said Sunayna Tuteja, head of strategic partnerships and emerging technologies at TD Ameritrade. Voice-enabled technology will continue to improve and impact personal finance as machine learning provides better insights into client behavior and end-user expectations, she said. Fifty percent of all searches will be voice-enabled by 2020, according to a ComScore report cited by TD Ameritrade. The company’s latest Skill upgrade allowed clients to place trades and review market news on an Alexa-enabled device, through voice commands.

InterGen Data takes an approach to voice command assistance that seeks to combine certain advisor- and client-facing aspects of voice technology. On the client-facing side, the service functions with Amazon’s Alexa by allowing clients to sort through demographic data, like the cost of raising a child. Clients can then schedule a meeting with, or contact, an advisor. Meanwhile, advisors are alerted that clients are exploring the costs of various life goals, priming them to reach out to clients or preparing them to discuss certain financial planning topics during their next meeting.

Services like account opening are currently restricted to a few select account types, like a 529 account, based on the complexity and frequency of the account opening process. The company’s also been working with a company called cleverDome to provide an extra layer of security when transiting data between the voice device and the database providing the end-client with the information they are requesting or the account document that’s being populated with new data.

Security is a significant concern for voice-enabled interfaces. Cybersecurity firm FCI, which recently joined cleverDome, said advisors need to be careful. The firm’s CEO, Brian Edelman, called the Internet of Things “the single most dangerous thing we face,” while speaking at an industry roundtable event earlier in the year. “Anybody who thinks it’s a good idea to have Alexa in your professional office, get it the hell out,” he added.

There’s also the reality that some functions in a person’s financial life are better suited to voice commands, noted Robert Kirk, founder and CEO of InterGen Data. The rote details needed to open an account might actually be better suited to a keyboard and desktop, rather than reciting and confirming them verbally.

And then there’s the issue of data ownership over the information that flows into and out of devices providing voice-enabled financial services. The business with the client relationship owns the data on InterGen Data’s system, said Kirk. Although the service operates in Amazon’s developer environment, the information related to the Skill—and any improvements made to the Skill through human interactions with the service—remains encapsulated within the Skill, said Kirk. He also had to build out his own natural language processing library, programming out the potential conversations that could take place by anticipating commands given.

With eMoney's voice-technology service, eMoney retains ownership of data such as the questions an advisor asks or which client they’re asking about, said Chad Porche, VP of design at the company. “The only data being transmitted between Microsoft and eMoney is the client’s name. All calculations and financial information comes from, and remains, in eMoney. Microsoft does not store commands or do anything with the client names,” he added.

Clients using Alexa to log into TD Ameritrade are interacting with the same authentication framework as if they were using the mobile app or website, said TD Ameritrade spokesperson Christina Goethe. The voice-enabled interaction is “hosted” on Alexa, but content and data remains property of TD Ameritrade.

Even with a sophisticated voice software, there’s still the possibility of error, which might give pause to advisors or end-clients who are voicing commands with high financial risk, said Kapin Vora, North America head of wealth and investment management at Capco. “If you buy 100 shares of the wrong stock that can be a pretty expensive mistake,” he pointed out. Conversational voice technology is better suited to low-risk, high-convenience activities like scheduling meetings or getting market news; even opening an account, but stopping short of funding it, is a lower risk situation that can be suited to voice technology.

As for kicking Alexa out of the office? It’s a valid point, said Vora. Companies like Amazon might promise the data is secure, but there’s potential for a data breach down the road. He prefers to see advisors with voice technology mute their devices if they’re in the office.

That’s not to say advisors can write this technology off altogether. “Conversational AI is very much a part of our future,” said Vora. Real improvements should come in the next two years, he said. “It’s only a matter of time.”