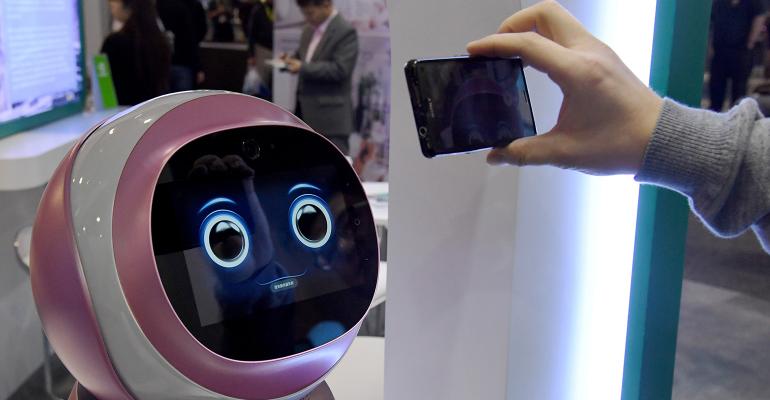 (Bloomberg View) --FinTech is now considered trendy enough to be part of the 2017 South by Southwest Festival in Austin, Texas -- one of the most important technology and culture conferences in the U.S. -- along with Kesha, "Game of Thrones" and Mark Cuban.

The realm of financial technology is a hodgepodge of businesses touching finance, investing, and capital movements that is lumped into a trendy but amorphous hypernym. But, behind the trendy term and some big opportunities are major risks that threaten individual investors in a way that could exacerbate financial market moves.

The biggest FinTech threat to traditional finance on Wall Street -- as well as to markets -- comes from robo-advising, which is a highly automated form of passive asset management. (It was also at the crux of the FinTech SXSW panel discussion that I was part of on March 11.)  There are some 2,148 robo-advisers with $140 billion in assets, up from just 51 with $2 billion in 2013, according to Aite Group. Assets are estimated to double to $285 billion by the end of 2017.

Traditional active asset managers on Wall Street have been facing the downside risks of passive management for some time, and the expansion of robo-advising has increased the risks as broader swathes of the population become more accustomed to app-based relationships with financial markets. In a 2016 survey by the CFA Society, asset management was the financial services sector that was the most affected by financial advice tools. But alpha, or how much a manager adds to returns beyond what's generated by a benchmark, is tough to capture, and the robos are untested in a downturn. As such, active asset management is anything but dead.

Some private equity firms I work with in New York expressed concern back in September that the rising ride of robo-advising could even adversely affect the city's commercial real estate if it led to the de-peopling of asset management and research.

At its core, FinTech increases access, reduces cost, and offers ease of use. The notion that there are easier, cheaper, and more pleasant options for accessing financial markets than traditional options is buttressed by a significant distrust of the traditional financial services business, and a shockingly high blind trust of apps.

And therein lies the problem.

The Great Recession spawned distrust of traditional financial services, which has been a boon for apps. While millennial investors, and many others, may still be skeptical of dealing with banks, they are somewhat ironically willing to give a faceless app full access to all of their personal financial information, up to and including passwords to their personal bank accounts. But some of that trust is likely misplaced. As in all fields of asset management, caveat emptor. Not all active asset managers are alike, and neither are all passive asset managers or robo-advisers.

Robo-advisers are likely to grow further. As with all investment management firms, timing is everything, and robo-advisers with long strategies have done well in recent years, given the trend to new highs in equity markets. But, the explicitly long nature of robo-advisers presents a challenge by which they have not yet been tested in the real world: market downturns. Individuals who are sending money to an app through their phones are unlikely to receive the level of financial market and investing education required to make informed decisions. That means they could swiftly become discontented if equity markets tumble, leading to sharper selloffs as unprepared investors on automated platforms make hasty decisions. Those who make “long-term investments” with a robo-adviser with the click of an app may not actually be long-term investors.

This is a similar dynamic to what happened in the housing crisis, when people got into mortgages they may not have fully understood, which exacerbated the collapse in a market already under pressure. The Securities and Exchange Commission said in a Feb. 23 bulletin that investors should thoroughly research automated digital investment advisory programs before using them, In particular, investors should consider how so-called robo-adviser services formulate investment recommendations the level of human interaction involved and the fees charged, the SEC said.John Maynard Keynes is often credited with saying “in the long run, we’re all dead.” But the tech-savvy folks at SXSW know better. Many have laptops with dozens of stickers on them for last year’s tech companies that no longer exist. For some companies in FinTech, the long run may not be that long, and existential downside risks for some robo-advisers could easily be ushered in during an equity market downturn.

Jason Schenker is president and founder at Prestige Economics LLC.