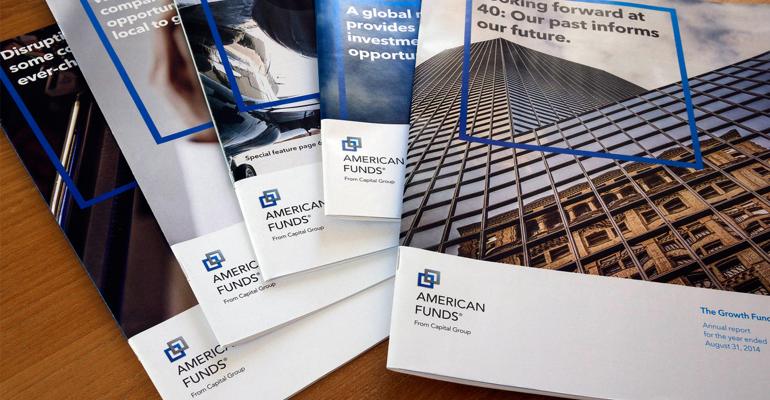 These Managers Are the Best at Engaging Digitally With Advisors

American Funds is leading other fund families on digital engagement, and the more advisors engage, the more they invest, according to a new J.D. Power study.

About two-thirds of advisors with high levels of digital engagement with an asset manager—those who have used two or more digital channels within the past two weeks—say they’re very likely to give more assets to that manager, according to a new study by J.D. Power. Thirty-seven percent of advisors with low digital engagement with an asset manager say they’re very likely to allocate more to that firm. American Funds was at the top of J.D. Power’s list, with the highest percentage of digitally engaged advisors (51%).

J.P. Morgan came in second on the list, with 31% of digitally engaged advisors, followed by Franklin Templeton and BlackRock at 25%, Schwab, at 24% and Fidelity at 23%. Some of the firms at the bottom of the ranking include Legg Mason, Janus Henderson and Dodge & Cox.

"For asset management firms to be successful—or in some cases even survive—they’re going to need to deliver engaging, differentiated digital content through the right channels that helps advisors do their job better and grow their practice," said Mike Foy, director of wealth and lending intelligence at J.D. Power. "As firms continue to shift more resources to digital, they need to be very strategic about how to deploy those resources to drive ROI. It’s not necessarily about replacing wholesalers with technology, but rather how to blend the two in a way that leverages the strengths of each."