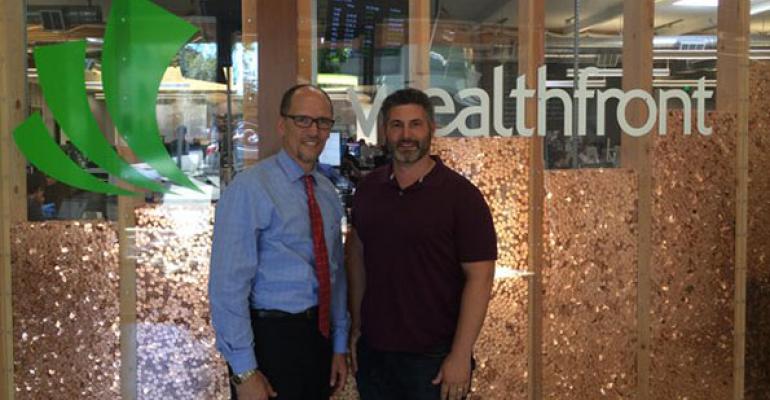 <p>Labor Secretary Thomas Perez singled out robo advisor Wealthfront as a firm building its business with a client&rsquo;s interest in mind.</p>
Technology

Tech Firms Are Both Catalyst and Beneficiary of DOL Fiduciary Rule

The Department of Labor released the final version of the fiduciary rule on Wednesday, and though it was more lenient than many expected, wealth management technology vendors see the rule as a catalyst for widespread adoption of their products by financial advisors.

In fact, many think a fiduciary rule wouldn’t even be possible for advisors if not for the massive strides in technology over the last decade.

“You couldn’t even fathom this 10 years ago,” said Bob Ward, the chief revenue officer of Vertical Management Systems, a data and account aggregation company. A key aspect of the fiduciary rule is disclosure of fees; according to Ward, “much of the industry runs on antiquated technology that can’t deliver the level of fee specificity required by today’s investors.”

Another issue is scale. A common criticism of a fiduciary rule is that it would limit an advisor’s ability to profitably service small accounts. Oranj CEO David Lyon said the answer is to take on more customers, which is possible now with automated technology.

“They have to find a way to shrink the amount of time they spend on client management to be able to serve more clients,” Lyon said.

Lyon added that technology can also play a role helping advisors determine what investments are suitable for clients under the new rule. Using new tools to collect a client’s goals, aggregate accounts, assess risk tolerance into a single location and allocate assets from a single digital platform, algorithms can quickly and agnostically determine and show advisors which products are, or not, in the best interest of the client.

In addition to making it possible for advisors to comply with a fiduciary rule, technology companies have supported regulators’ efforts. Betterment and Wealthfront, two of the leading automated investment startups, have both written letters (here and here) voicing support for a fiduciary rule and arguing that technology is the answer to providing advice to a large number of small investors.

The Financial Industry Regulatory Authority, the self-regulator funded by Wall Street, doubted the ability of so-called robo advisors to offer conflict-free advice, but the DOL has continually touted these platforms as the means to uphold clients’ best interests, particularly in smaller investment accounts. In a June congressional hearing, DOL secretary Thomas Perez named Wealthfront’s business model as “a platform that enables them to lower their fees, operate as a fiduciary and do well by doing good.”

“Technology is, I think, a linchpin to the innovation that’s enabling more people to get access to advice.”

Just as technology helped make a fiduciary rule possible, the firms providing it may also stand to benefit the most from the implementation of the rule. Reducing fees, increasing transparency and improving the customer experience tend to be major points in tech companies’ sales pitches, and many say the DOL’s rule validates their objectives.

John Wise, the CEO of InvestCloud, said the rule is a great opportunity for automated technology providers. Wise said traditionally about 80 of the cloud-based apps sold by InvestCloud were for client management and communication.

“Now 60 percent of that market has gone to client automation, largely driven by the DOL and legislation moving [the industry] from commissions to fee-based advice,” Wise said. “It is reinforcing what we’re already doing… If you automate things, you get the best possible outcome instead of the worst.”

Bing Waldert, the managing director at research firm Cerulli Associates, wrote in a March research report that the fiduciary rule would “ultimately lead to evolution of products and platforms” as large companies look to serve small accounts on a flat-fee basis, but the company doubted the effects would be immediately felt—especially now that the final rule’s deadline was pushed to January 2018.

The DOL itself seems to recognize the positive impact its rule will have on technology. In a speech at the Brookings Institute, Perez said he believes the DOL’s fiduciary rule will encourage firms to take advantage of technology to develop new tools and strategies for accommodating small investors.

Rob Foregger, the co-founder of digital advice firm NextCapital, acknowledged there could always be unintended consequences to new rules, but felt confident that the DOL’s fiduciary rule will accelerate technology-driven innovation for the wealth management industry.

“It is our view that technology will be critical to implementing the New Fiduciary rule across the $17 trillion retirement marketplace,” Foregger said. “Financial technology has historically served the needs of high-net-worth investors, but emerging digital advice offerings are dramatically increasing access to scalable personal advice and making the cost of personal advice affordable to all Americans.”

Aaron Klein, the CEO of Riskalyze, added that previous versions of the rule, which banned specific products from IRAs, would have been harmful to technology startups. However, the final draft from the DOL seems to have heard the criticisms and removed these restrictions.

“If advisors want to recommend products with variable compensation instead of flat compensation, they will still have to prove that they are acting in a client’s best interests, and they will be exposed to massive litigation risk if they fail to do so,” Klein said. “This simple approach is the epitome of what regulation should do: establish a broad principle, and allow the market to do its work.”