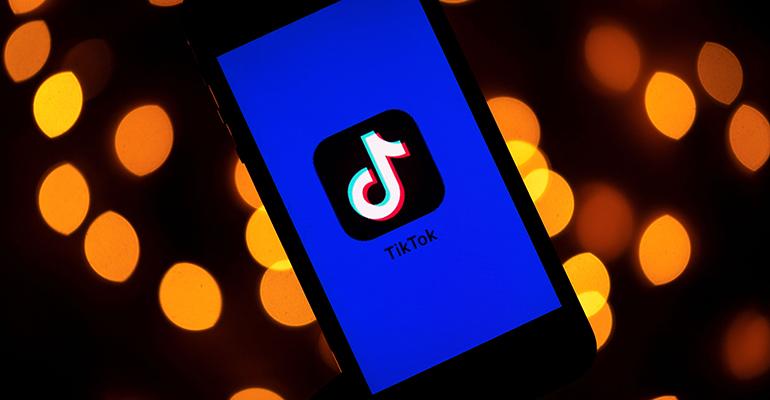 Tax Season Gets a Gen Z Revamp on TikTok

A viral video shows the most aesthetically pleasing way to prepare your taxes. Here are some tips that will actually help.

A viral video this week from content creator Kaeli Mae featured her aesthetically pleasing set-up for tax filing: making an iced coffee, arranging highlighters, organizing a giant pile of receipts. Captioned “prepare my 2022 taxes with me,” the video has currently been viewed 4.8 million times and has nearly 1 million likes.

For a generation that uses TikTok for socializing and keeping up with news and trends, turning to the site is second nature, even for tax advice. And it was inevitable that the financial drudgery of sending forms to the Internal Revenue Service would get an artful remake, especially as many members of Gen Z file taxes for the first time.

Many of the comments on the viral video poked fun at the carefully curated organizational system, which included fresh notebooks, a stylish calculator and color-coded pens. It inspired an array of parody videos asking questions like, “Who paid her to make this TikTok? The IRS?”

Others applauded her initiative in working on taxes so far ahead of the April 18 deadline and identified with her caption that “taxes terrify me.” Mae, who has 13 million followers, declined to comment.

“It’s a great awareness tool,” Manny Dominguez, lead tax research analyst at H&R Block, said about the video. “The average person doesn’t want to sit down and learn taxes, but something like this video catches your attention.”

Unfortunately, though, trendy accessories can only go so far in helping with taxes. Here are some top tips from experts for first-time filers this year that go beyond the aesthetic.

The IRS will begin accepting 2022 tax returns on Jan. 23, so now is the time to get everything in order. The first step is preparing the required documents, said Jay Zigmont, founder of Childfree Wealth in Mississippi.

For most people, that will include personal information like social security numbers and bank routing numbers, along with W-2 forms and 1099 forms from brokerage accounts. Depending on your work, investments and income sources, there may be more documents required.

Erik Baskin, founder of Baskin Financial Planning in Dayton, Ohio, advises waiting until at least mid-February to file anything, since brokerage firms may not send out 1099s until then.

Reporting income from a traditional job is fairly straightforward, but young people are increasingly taking on gig work and side hustles. Many are surprised to learn that income from those activities has to be accounted for, said Tara Unverzagt, founder of South Bay Financial Partners in California.

She suggests reframing it as a positive: “Paying taxes means you made money. It’s a sign of success.”

If you’re making money from self-employed side work, be sure to keep careful records of both your income as well as your expenses, which can be deducted, said Dominguez at H&R Block. Businesses that hire you may issue 1099s for payments made, but even if they don’t, that income still has to be reported on your tax form.

Another frequently overlooked income source? Crypto. Although most investors probably lost money on their crypto bets in the past year, any profits taken from positions will need to be reported as well, said Cody Lachner, financial planner at BBK Wealth Management in Indiana.

“Some crypto exchanges do not send tax forms to investors so it’s up to you to download and report those to the IRS,” he said.

Often overlooked by unaware filers, tax credits can help reduce the total sum owed to state and federal governments. They’re generally designed to encourage or reward certain choices like buying electric vehicles or adopting a child. Others help reduce costs for those with lower incomes.

For young people, one of the most common ones is the earned income tax credit, designed for low- to moderate-income filers. In 2022, a qualifying individual could receive up to $560 through that. The American Opportunity tax credit can also help out students who were enrolled in at least one academic semester during the tax year.

For those who need more time, there’s an option to file an extension by April 18, which moves the deadline to Oct. 16. However, you’ll still have to pay on time if you owe money.

Justin Pritchard, certified financial planner at Approach Financial in Colorado, advises his clients to file extensions even if they don’t think they’ll need one.

“That way, you’re in good shape if things fall through the cracks or you can’t file by the deadline for some reason,” he said.

If you realize that your taxes are too complicated to handle on your own, software services like TurboTax or H&R Block can help. They both offer free versions as well as more deluxe options for a fee. The IRS also offers a free tax preparation program for those earnings less than $60,000 annually.

Ryan Deters at Fiduciary Financial Advisors in Michigan recommends knowing the limits of your ability and patience.

“If you have no interest in taxes or aren’t good with numbers and organization, hire a pro, at least for now,” he said. “You can always learn more and choose to do it yourself in future years.”