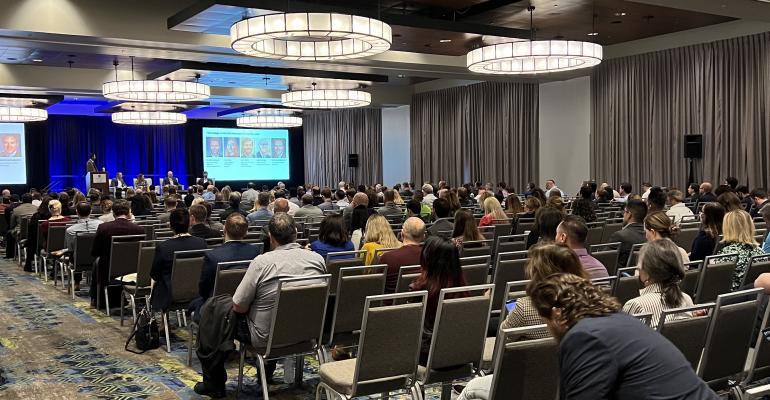 The 'largest T3 ever' makes one thing eminently clear: The advisor tech world is ready for a return to in-person meetings.

The pandemic has proved a boon and accelerator for efforts at advisor digitization, but if the turnout at this year’s T3 Advisor Conference is any indicator, the industry itself is quite ready to start meeting face to face again.

I was amazed to see that, after a year’s hiatus, the conference has left the virtual world behind for the real environment of the Embassy Suites hotel and conference center in Denton, Texas, where 975 registered attendees have shown up during the first three days of the four-day gathering.

A T3 spokesperson said that between regional arrivals seeking day passes and additional attendees expected for Thursday’s Enterprise Day, overall attendance should easily surpass 1,000. Among attendees, approximately 450 are from advisory firms, according to the conference representative.

“It is the largest T3 ever,” (with the emphasis on “ever”) proclaimed conference founder and industry technology expert Joel Bruckenstein when I caught up with him briefly in the morning.

Wednesday, the Advisor portion of the conference’s third and final day, opened with a 08:15 a.m. morning general session where Invent.us founder Oleg Tishkevich discussed the latest developments of his digital ecosystem as a service platform with a nearly full audience of several hundred attendees.

There are currently 24,000 users on the Invent.us platform, where advisors and their firms can, in drag-and-drop fashion, create micro-applications, he said.

In addition to the ease of development, and unlike many existing systems and advisory platforms where existing data is overwritten, the cloud-native architecture lends itself to allowing for the retention of all data changes. This, in turn, allows for more in-depth, insights-driven analytics of both client and firm data over time.

After a low-key-but-informative panel session on largely evolutionary developments discussed by representatives from Schwab, Envestnet, Orion and Morningstar, I headed over to a meeting with Reed Colley, the founder of Black Diamond (later acquired by Advent, which is itself now SS&C Advent) to get a demo of his new endeavor. 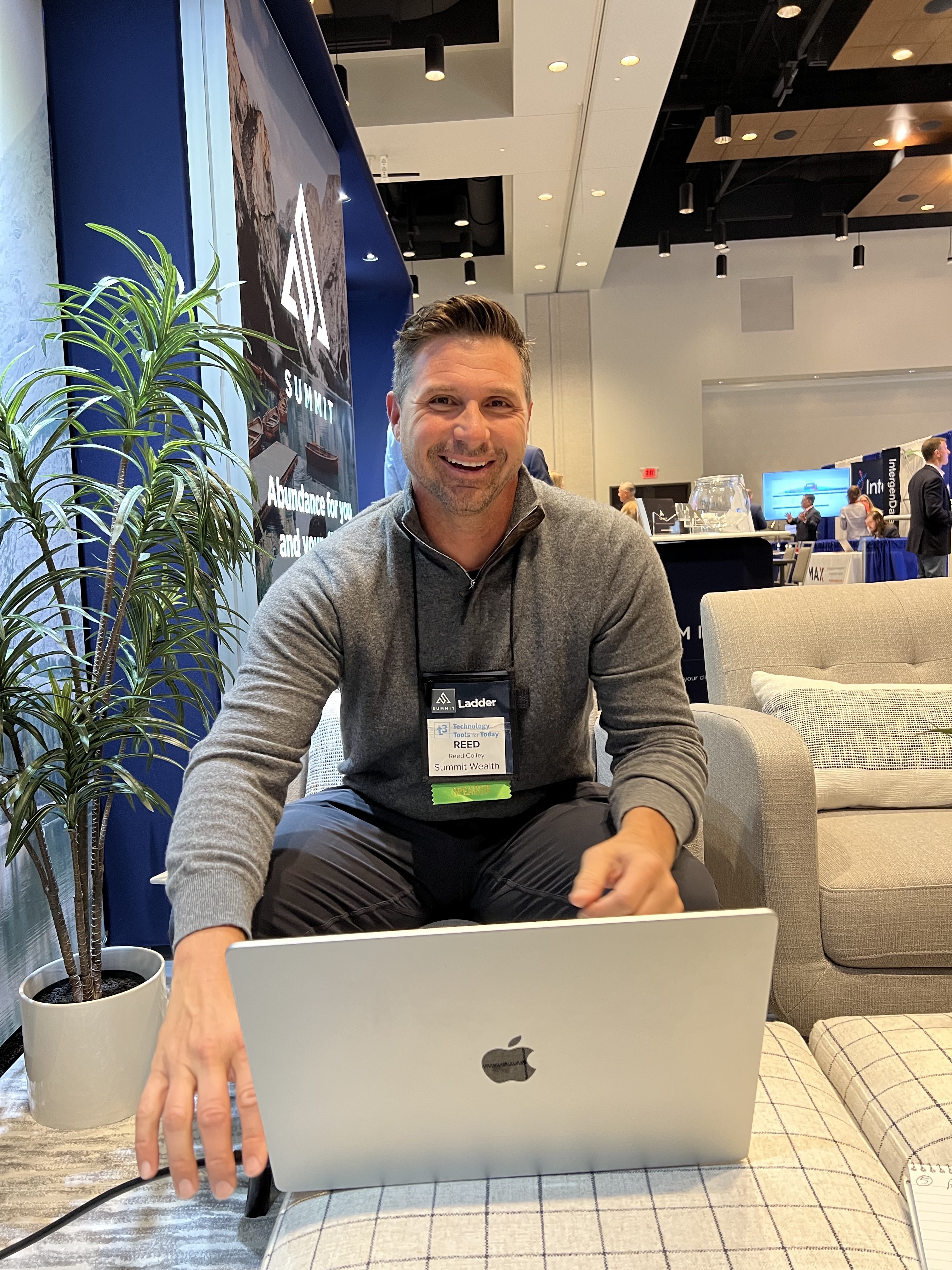 Called Summit Wealth, his firm has created a new advisory platform built from scratch over the past two years, entirely in Java Script. Colley describes the platform in terms that will appeal to advisors:

“We have built it from the ground up oriented toward the 'human' in the human experience,” he said, going on to explain how legacy platforms and individual technology offerings required advisors to conform their practices and workflows to how those systems operated. With his new Summit endeavor, that paradigm, he said, is flipped such that the platform can be shaped and customized to meet the advisor’s needs.

The first module he showed me exemplified that thinking and is called the Wealth Journey (the name of which can be changed to whatever an advisor wants, as can pretty much everything within the platform).

This module presents to the client, by default, a “long arc” line graph (that is full of interactive data, if one hovers the cursor over it) of their journey over the years. Too often, views showing months or a year or two cause the client’s eyes to focus on any jagged ups and downs, he said, and they lose their focus on the macro picture.

An advisor can enter notes as they work with a client on this screen in real time, he said.

“I know one advisor who likes to have his entire meeting using this module taking notes,” said Colley. He then took me through Dynamic Planning module, which is also meant to be an easy-to-visualize and collaborative scenario illustration tool.

“It is not meant to replace MoneyGuidePro, eMoney or RightCapital that an advisor uses to do detailed planning; rather it is a simple-to-use-and-illustrate space for advisors to collaborate when doing goals-based planning or checking in on their plan or where they are at,” he said.

I later checked in with Andrew Salesky, Schwab’s head of Digital Advisor Solutions, and Kartik Srinivasan, who is the director of third-party integration for the Solutions unit. They caught me up on the custody giant’s ongoing digestion of the best of TD Ameritrade Institutional’s technology stack.

Salesky pointed out Schwab's annual pace of technology spending is now three times what it was prior to the acquisition of TDAI (though he did not specify an actual dollar amount).

Among other things, Srinivasan said that Schwab had embarked on identifying additional third-party vendors that were part of TDAI’s Veo ecosystem and bringing them on board Schwab, via API integration.

“This includes many that were not part of our offering,” he said.

I also took the opportunity to ask Salesky about just how much of Schwab’s acquisition of Motif Investing had made its way into Schwab’s recently launched Personalized Indexing.

“Motif has really formed the foundation of both of those offerings, and the firm had a unique research offering and this is the real pay off with more to come,” he said.