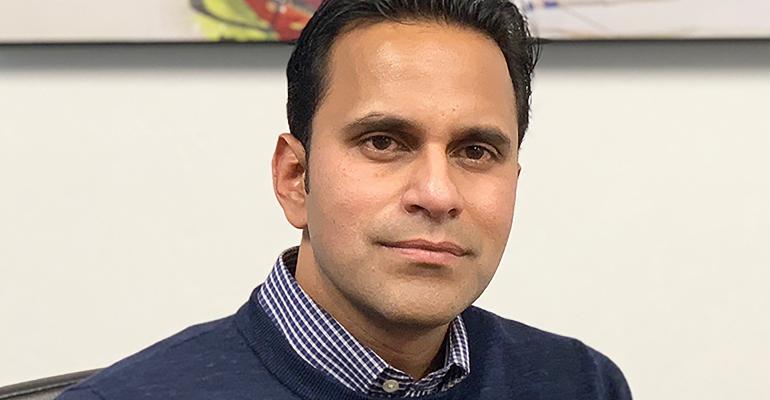 The concept of venture studios is not a new one in Silicon Valley, and is sometimes most simply defined as a startup studio or incubator with its own venture capital fund.

Examples of established and well-known venture studios outside advisor tech include High Alpha, Pioneer Square Labs and eFounders, among others.

Surge Ventures has a focus, at least for now, in the RegTech area aimed at compliance around data governance and data privacy.

“Our focus on compliance for wealth management is very narrow by design,” said Sid Yenamandra, who is the co-founder and managing partner for Surge Ventures, though many advisors will know him as the founder of cybersecurity provider Entreda, which was acquired by archiving and compliance giant Smarsh in 2020.

Asked for more explanation on the specific technology the studio would pursue, Yenamandra used the analogy of a home.

“We have the alarm systems in place [to protect the home from intrusion or warn of it], but we don’t have good ways to inventory all the expensive things they have in the house—the crown jewels—we are lacking from a data governance standpoint,” he said. And he added this is more than just knowing what or how much data you have, which is good from an organizational standpoint, but where all that data is located.

“This is a rapidly evolving market with lot of new regulations and others likely on the horizon. With Surge we want to reduce the time it takes to get new innovative products to market,” said Yenamandra.

To do that, Surge follows the venture studio format of providing a set of core shared services to alleviate the need startups have of creating their own.

These services include human resources, legal and finance departments, among others.

“Building a startup is like trying to wage war and build the armory at the same time and it is just hard to do—you are trying to reach product market fit and build an infrastructure for your business, so a lot of companies fail in the early days,” he said.

When it comes to the structure of the startups and companies Surge will be working with, Yenamandra said they fall into three buckets.

Some of them will be building from scratch, and Surge, with its own development team, will help the entrepreneurs create prototypes of their offering.

Others will be external entrepreneurs, and they want to be focused on product.

“We will de-risk the venture [by providing funding, expertise, services] and get them to market a lot faster,” he said.

And finally, the “acquire bucket,” “a power re-surge if you will,” Yenamanda said, where Surge will come in and take a majority ownership, yet keep the founders.

The Menlo Park, Calif.–based Surge, which Yenamandra said already has the moniker of Sandhill 2.0, in honor of the famous road in the Valley that is home to some of the largest and oldest venture capital firms, now has a team of 12 and is continuing to hire.

Surge also has a board of well-known directors too, including Jason Lish, Larry Roth, Neil Daswani and Matthew Martin.

“We are working on our first set of companies and brands that we will talk to you about in short order—in three of those categories we have candidates,” he said.