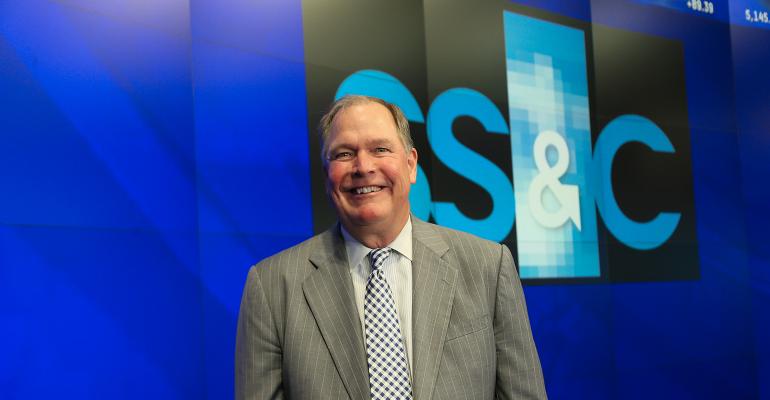 The company’s management team has so far failed to move beyond preliminary talks with buyout firms, which have balked at SS&C’s high valuation

(Bloomberg) --SS&C Technologies Holdings Inc. has recently reached out to several private equity firms to gauge interest in a buyout of the financial software and services provider, according to people familiar with the matter.

The company’s management team has so far failed to move beyond preliminary talks with buyout firms, which have balked at SS&C’s high valuation, the people said, asking not to be identified as the discussions aren’t public. The Windsor, Connecticut-based company, led by founder and Chief Executive Officer William Stone, is trading close to all-time highs at $38.40, giving it a market value of about $7.8 billion.

No formal sales process for SS&C is underway, and there’s no guarantee a deal will happen, the people said.

SS&C, founded in 1986 and formerly known as Securities Software & Consulting, has previously been under private equity ownership. Carlyle Group LP paid about $942 million to take the company private in November 2005, according to a statement.

Carlyle held an initial public offering of the company in 2010, retaining a stake before fully exiting its position in 2013. Last month, SS&C switched to trading without dividends, a move that can add cash to a company’s balance sheet.

SS&C provides investment and financial software services to about 11,000 financial organizations, according to its website.