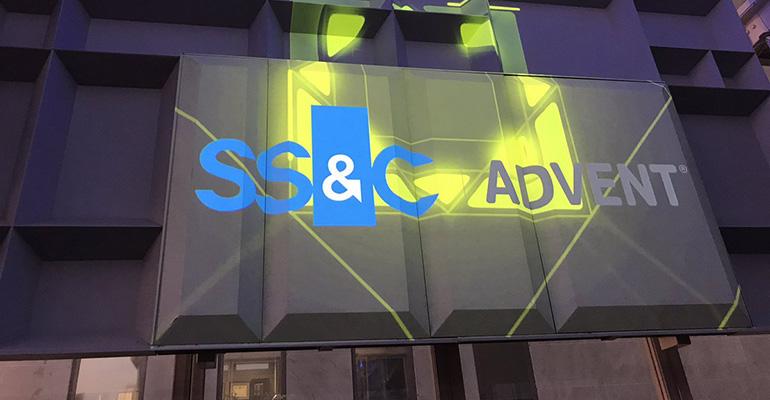 At the financial-technology company's annual conference in Chicago this week, the firm demonstrated its “deep integrations” with Riskalyze, Advizr and others, and announced that with the parent company’s backing, it’s on the lookout for acquisitions.

SS&C has some $500 million in free cash flow annually, so don’t rule out the possibility that it makes even more acquisitions in the wealth management technology space, said Steve Leivent, SS&C’s senior vice president of Advisory Client Experience, at the SS&C Advent technology conference in Chicago Wednesday.

SS&C Advent’s digital portfolio management and reporting tools, including Black Diamond, are popular options for registered investment advisory (RIA) firms, largely because the open application program interface means easy integration into an advisors’ existing technology stack. “We don’t dictate to the advisor what they need to do,” said Leivent.

Still, he said, advisory firms are increasingly less interested in piecing together technology on an ad hoc basis, and SS&C Advent has begun to bring together a number of other financial-technology platforms into a deeper integration as it pursues an ambition to become the go-to technology provider for advisors, with a complete set of integrated tools.

“Black Diamond is the tip of the spear, but the expectation has shifted,” Leivent said. “Firms are looking for a general contractor to help them with the myriad decisions that are out there. They are looking for CRM, research, risk solutions, but they don’t want to go and hire five different vendors,” he said. “We’ll integrate with anyone. We’re not a closed technology solution. But we are going to pick a couple of key partners, and we are going to get to them through an acquisition, or a deep economic relationship,” he said.

Some of those partner firms include Riskalyze, the digital risk-tolerance tool, financial-planning software firm Advizr and HedgeCoVest’s SmartX, a managed-account platform for advisors to add alternative investments and hedge fund strategies to client accounts. Advisors got hands-on introductions to those integrations at the conference, its second since Advent was acquired by $7.8 billion financial-technology giant SS&C Technologies, and the first since former SS&C Advent head Dave Welling left to become CEO of RIA Mercer Advisors.

Leivent says the SmartX integration was a “defensive play” for advisors lured by the free portfolio reporting tools from a turnkey asset management platform like Envestnet. SmartX will pay the Black Diamond fee for users who access the service on the Black Diamond platform.

The firm also introduced at the conference the fruit of its 2016 acquisition of Salentica, the CRM tool built for RIAs. Salentica Elements was placed on the Salesforce App Exchange, and ties directly into Black Diamond.

Leivent said the catalyst for tech upgrades is less driven by the changing demographics of the clients, but of advisors. “Firms are bringing in junior advisors, and they are taking over ownership of the business. That’s when they are making the technology switch. There is a huge wave of that happening in the marketplace today.”

For these RIAs upgrading their technology, “aggregation is the absolute must, and most advisors are not using it to the full potential,” he said. Not just getting held-away assets or debts into the client’s portal, he said, but using that information to make better decisions for the client. “Aggregation continues to be front and center for us. We think Quovo (a data-aggregation company for financial services, and an Advent partner) is going to be a huge success.”

Taking a slightly longer look over the horizon, Leivent said he’s on the lookout for better tools to more seamlessly convert prospects into clients. “Where we are missing is account onboarding,” he said. "There is a need to spend more time there.”

Partnerships with other tech providers can be a tricky line, he said. "One of them could get picked up by one of our direct competitors tomorrow.” But, he stressed, with corporate parent SS&C’s $500 million a year in free cash flow, it’s likely Advent will do some acquiring of its own. “SS&C has bought 48 businesses in the last seven years. We are OK with purchasing solutions."