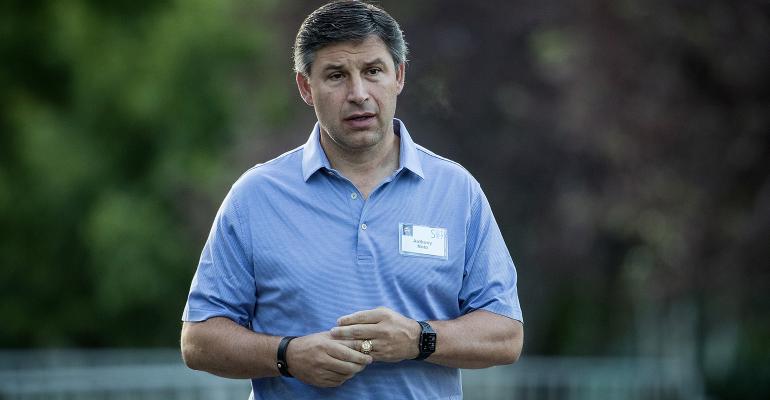 By Julie Verhage and Shahien Nasiripour

(Bloomberg) --Anthony Noto has finally achieved his dream of becoming a chief executive. But he’ll be running a company that was almost undone last year by management turmoil and accusations of sexual harassment.

When Noto, 49, starts work at San Francisco-based Social Finance Inc. in March, the former Twitter Inc. COO will seek to fill a leadership vacuum that has existed since co-founder Mike Cagney resigned in September.

Noto, who worked on technology, media and telecom deals at Goldman Sachs Group Inc. before joining Twitter in 2014, brings to the job a background in tech and finance. Beyond Twitter’s nascent revival, his turnaround abilities are largely untested. But given his history of taking companies public -- including Twitter -- a SoFi IPO is very much a possibility, according to people familiar with the situation. Furthermore, they say, it’ll be nice to have an adult in the room after all the recent turmoil.

Noto’s predecessor built the biggest student loan refinancing business in America but yearned to create a bank of the future that would target millennials with products ranging from insurance and mortgages to wealth management. This was always a lofty ambition given intense competition from traditional players and fintech startups alike. And with SoFi battling lawsuits over claims of sexual harassment and fraudulent actions by managers, the brand has taken a hit.

Noto will have to work with the board and executives to figure out where to focus in 2018. Some directors consider the moves into life insurance and wealth management Cagney “pet projects,” according to a person familiar with their thinking. They prefer to focus on more mature businesses such as personal loans and mortgages that are more predictable and established, said the person, who requested anonymity to discuss a private matter. But with interest rates rising, there will probably be fewer loans to refinance.

The core business is doing pretty well. The company lends money to people with stable jobs and relatively high wages. It then packages those loans and sells them to institutional investors. Last year, SoFi originated $12.9 billion in mortgage, student and unsecured personal loans, Ashish Jain, senior vice president of capital markets, said during a series of presentations to the news media on Tuesday. SoFi packed about $8 billion of that into securities, issuing $6.9 billion in bonds sold to investors, and sold another roughly $2 billion of loans to buyers such as regional banks. Much of the rest remains on SoFi’s balance sheet, Jain said.

The newer product lines are struggling by comparison. While a small part of SoFi’s business, the mortgage business is riskier because the firm holds many of these loans on its books rather than securitizing them. SoFi is considering structural changes to reduce these risks, but there haven’t been decisions made at this point on how the restructuring will look, according to people familiar with the matter.

The company’s wealth-management unit, SoFi Wealth, launched last year and harbored ambitions to quickly manage $100 million in assets, Bloomberg News reported in October. It grew slowly until last quarter, when it tripled its assets from September to $42.3 million as of Jan. 18, spokesman Jim Prosser said. The average account holds about $4,300. Other digital wealth startups have north of $10 billion under management.

Even before he can formulate a strategic vision for SoFi, Noto will have to help fill some key positions. After making him an offer, the firm started looking to hire a chief financial officer, according to a person familiar with the matter. The startup also lost its chief revenue and technology officers last year.