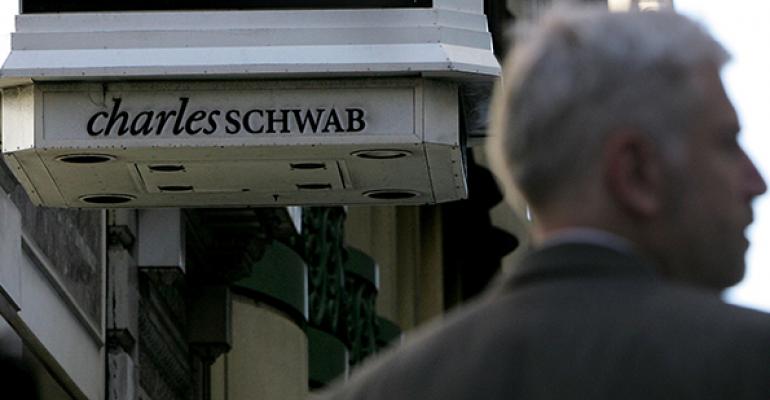 iCapital Network will be the first 'platform provider' included on the new alternatives marketplace.

Executives at Charles Schwab Advisor Services think advisors need better access to alternative investments, and launched a new platform on Thursday called Schwab Alternative Investment Marketplace to give it to them. The move is intended to keep the fund research, selection, investments and capital calls, as well as performance reporting, all within Schwab Advisor Center.

Schwab will connect advisors to “third-party platform sponsors” to create an “end-to-end, automated alternative investing process,” according to information provided by Schwab and iCapital Network, the first platform sponsor to be included in the marketplace. The launch, part of a commitment to open architecture made by Schwab executives, comes ahead of the firm's major advisor conference next month and on the heels of its decision to drop commissions earlier this month.

Clients are prequalified by the third-party platform (such as iCapital) selected by the advisor, and documents are handled electronically, according to Schwab. Prequalification means iCapital confirms an investor meets appropriate thresholds for investor accreditation set by the SEC. Clients get lower investment minimums on the platforms, starting at $100,000 for eligible clients, than they often would as limited partners investing directly in a private equity or hedge fund.

Client subscription documents are managed electronically, with e-signatures facilitated by Schwab's use of DocuSign. Advisors will have access to fund and strategy research via the Marketplace, too.

iCapital will be controlling the "menu" of investment funds available to advisors, according to the firm's announcement. After their purchase, made through iCapital's alts portal, the funds will be managed within clients’ Schwab account via Schwab Advisor Center, confirmed Schwab spokesperson Meredith Richard.

Advisors using the platform will be spared custodial fees and have improved capital call processing, according to Schwab. The decision to go with iCapital as the first platform sponsor in the Marketplace boiled down to experience and scale, said Jalina Kerr, SVP of client experience at Schwab Advisor Services, in a statement. “We’re pleased to provide access for [advisors’] clients to a growing list of alternative investment funds,” she added.

iCapital and Schwab have been "working closely together for the past several years to get funds recognized for custody within Schwab accounts," according to Eileen Duff, managing partner and head of investment product development and origination at iCapital. This announcement is an expansion of that relationship, in progress since last October, designed to improve accessibility to alts.

The move is part of a larger trend in wealth management that is seeing technology platforms used as distribution channels, with companies like financial product platform CAIS offering an “insurance consulting service,” and Envestnet launching its Insurance Exchange and readying the launch of its sister, Credit Exchange.

Schwab isn’t the first financial services firm to see value in making alternative assets more accessible via technology. Last year, RBC launched a digital alts platform in partnership with Artivest. The partners saw a “significant” increase in the number of alternative investment transactions and noted the efficiencies created by digitizing the “non-systemized, paper-based” processes the bank had previously used.