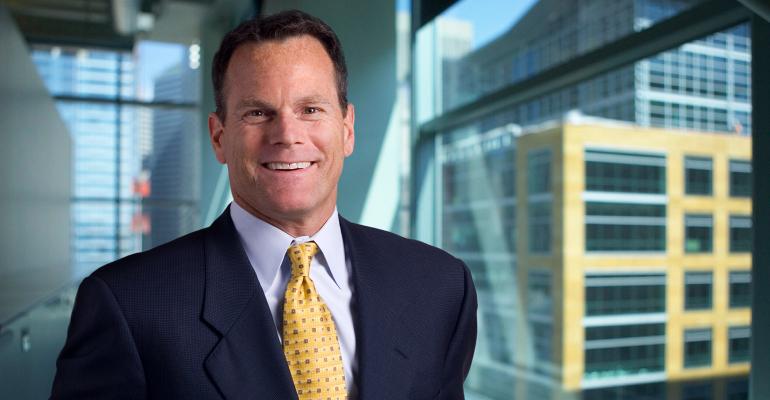 Schwab Focuses on Complementing, Not Competing With, Advisors

Schwab's subscription-based financial planning service might not be as scary as some advisors feared.

When Charles Schwab brought in $1 billion of new assets in just a few months, following its switch earlier this year to subscription pricing, it was a move that captured the attention of everyone from XY Planning Network co-founder Michael Kitces to advisors concerned that the financial services firm is encroaching on their turf. On Wednesday, its head of advisor technology solutions revealed a qualifying number that helps put Schwab Intelligent Portfolios Premium (SIPP) in perspective.

While Schwab’s various digital advisory solutions manages $41 billion in total client assets, there are only 36 CFPs providing unlimited one-on-one financial advice to clients using SIPP, according to Rob Farmer, a company spokesperson. The firm declined to provide an assets-based breakdown of each of its digital advisory solutions, which includes SIPP and other automated investing services, but it is clear that the firm’s call center CFPs are handling only a portion of the $41 billion.

There will be some advisors breathing a little easier after hearing that just three dozen CFPs are offering advice and financial planning for clients paying $360 in subscription fees, after their first year. “Schwab retail is going after a more mass affluent, scalable offering,” said Andrew Salesky, the firm’s head of advisory technology solutions.

While Schwab is still intent on creating scale, particularly on its retail side, it is attempting to balance those demands with the needs of advisors who work with the firm and have their own clients. Schwab continues to improve its retail digital advice offerings to allow customers to “self-serve more,” said Salesky, while considering how those services fit with what’s offered by advisors. “There’s a wealth of opportunities still available in the marketplace,” he explained. “We try to ensure that our offerings, whether it’s what we’re providing directly or what we’re enabling advisors to provide to end-clients, will complement each other.”

The firm’s bifurcated approach is apparent even in the firm’s technology accelerators. Innovation at the centers, located in Austin, Texas, and San Francisco, is divided between the retail and advisory channels. Since last year, the centers have produced two major retail innovations, while the advisor-focused development, a solution to batch-process a large number of accounts an advisor might bring over to Schwab following a business transition, is still in the works.

The advisor-focused improvement is “on track for next year,” said Salesky, “hopefully mid-next-year is what we’re aspiring to.” Advisor dashboard improvements will come first, followed by “fully digitizing all the existing paper.”

The resources from the now-complete retail-side improvements are being redeployed for more retail projects, confirmed Salesky. One of those enhancements will be estate transfers, he said.

Moving forward, Schwab wants to provide its advisors—and companies integrated with the firm—with more information, in a more accessible manner. Schwab is expanding its APIs, essentially connection points for computer programs to communicate with one another, in both number and scope, said Salesky. What were initially “just data” APIs are now providing additional capabilities, he explained. New features in Schwab Advisor Center are built with third-party integrations in mind. “We're making those APIs available to third parties almost simultaneously as we're launching on Schwab Advisor Center,” he noted.

The firm also did some housekeeping, moving its Advisor Center content, including information about its integrations, away from Schwab Intelligent Technologies. The old location was “tough for people to remember,” admitted Salesky. “Just come to the mothership for advisor services,” he added.

Another improvement at Advisor Center is overhauling the service’s search functionality. “A lot of times, advisors spend a lot of time trying to find what they’re trying to do across Schwab, particularly on Schwab Advisor Center,” explained Salesky. Now the firm is “serving up responses about what we know about you and the accounts you might be searching on,” he said.

Still in place for the end of the year is a commitment by Schwab to double the number of integrations the firm had last year. At the firm’s advisor conference in November, Salesky said every firm that has its most robust form of integration will be on the exhibit floor. “I think it’s the first year we’ve had every Gateway firm committing to be at IMPACT,” he said. The firm has a goal of signing up 2,200 advisors for this year’s conference.