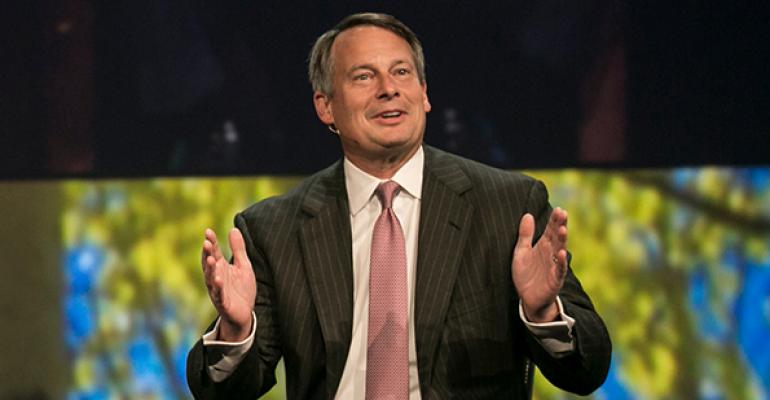 “While attractive, robo advisors may not be as innovative as some believe,” said Walter Bettinger, president and CEO of Charles Schwab, speaking at the Finance Disrupted 2017 conference hosted by The Economist. “What they do is take a risk profile and make allocations based on that in relatively low-cost underlying instruments, rebalance the portfolio, and do some level of tax harvesting,” he explained. “That’s been going on for decades.” Furthermore, Bettinger believes Schwab’s scale and low fees will beat out startups; in August alone, the firm took in almost $18 billion in net assets and acquired thousands of new clients through its mobile application. Vestwell, a fiduciary-backed retirement platform for financial advisors, announced today that it raised $8 million in Series A Funding, led by F-Prime Capital Partners, the venture capital group associated with Fidelity Investments. “We’re excited to increase our reach in the financial advice industry and continue to develop better technology for our clients,” said Aaron Schumm, founder and CEO of Vestwell and one of WealthManagement.com's Ten to Watch. In addition to this funding news, Vestwell announced the appointment of Ben Malka, partner at F-Prime Capital and co-chairman of the Financial Services Venture Capital Association, as a member of their Board of Directors. Southfield, Mich.-based Telemus Capital has completed its first transaction since joining the Focus Financial Partners network, merging with Chicago-based Barrington Strategic Wealth Management. Barrington, which focuses on high-net-worth clients and risk-aware investment strategies, has $350 million in assets, and will push Telemus past $2.5 billion in assets under management. “We are excited to welcome the Barrington team. We couldn’t imagine a better fit for our firm in our first merger—a deal for which Focus’ support was absolutely instrumental—and we are confident about the firm’s future growth potential as a result,” said Gary Ran, partner at Telemus Capital.