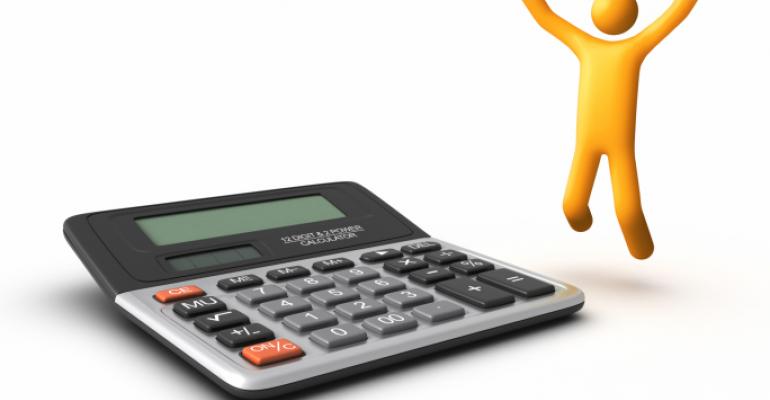 For developers of retirement calculators, it’s something of a Holy Grail: a system that not only helps investors figure out how much they’ll need in their golden years, but adequately factors in health care costs as part of the daunting calculus.

Putnam Investments is releasing an upgraded calculator in October which it says accomplishes that goal, although one technology consultant says it’s a long way from replacing financial advisors.

Putnam launched a retirement calculator in 2010 called the Lifetime Income Analysis Tool for its 400 business clients who sponsor 401(k) plans. In October the calculator will include new variables that will help workers see how medical costs affect what they’ll need to retire. Putnam demonstrated the new tool at a forum in New York City today.

It comes at a time when workers are struggling to understand how health care costs will affect their retirement plans. Research sponsored by Putnam and conducted by Brightwork Partners LLC show that nearly 70 percent of 4,000 working adults polled late last year had little to no confidence in knowing how much they would need to pay medical expenses in retirement.

Just 24 percent saw health care costs as a key savings objective, compared to 62 percent that saw retirement as a key objective and 40 percent that saw paying down debt as key. But the percentage of workers who wanted to save for health care expenses was up sharply, from 15 percent in a Putnam-sponsored survey a year earlier.

Sixty percent of workers expressed interest in a tool that would help them plan for medical expenses; Putnam said interest was strong regardless of worker income or the size of their investable assets. 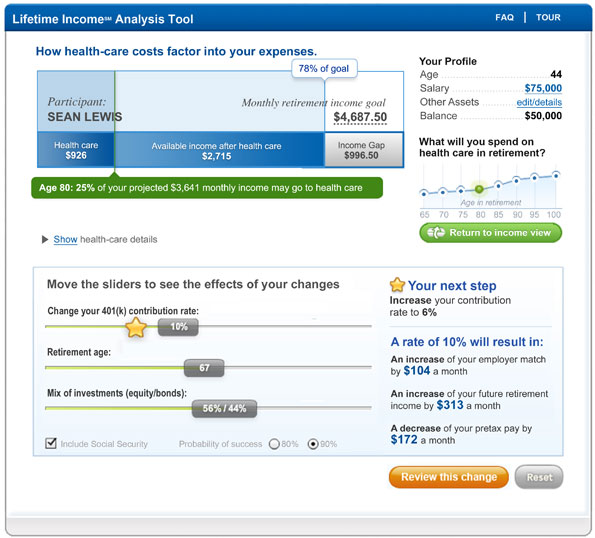 Misunderstanding abounds over what people are entitled to from government programs, said W. Van Harlow, director of investment retirement solutions at Putnam.

One in seven people inaccurately believe Medicare is free, he said; in fact, Medicare Part A covers the first 100 days of hospitalization, but only the first 60 days are free; the next 40 cost $289 a day. Likewise, the first 20 days of nursing home care are free under Medicare, but the next 80 cost $145 a day.

A 65-year-old man in excellent health with a life expectancy of 88 years can expect cumulative health care costs in retirement of $268,000, Harlow said. He would need $169,000 at retirement to cover those costs, according to a statistical analysis at a 90 percent confidence level.

But it’s naïve to think that situation fits all retirement scenarios, he added. People in poor health have higher medical costs in retirement, although they die earlier, Harlow said. Someone with cancer would need $113,000 at age 65, according to the 90 percent confidence level estimate, while someone with diabetes would need $99,000.

Each adds a different spin on how much a worker will need to retire, and how close or far he is from his goal of monthly income of a certain amount. In the morbid mathematics of actuarial tables, people with such medical conditions will have higher monthly expenses on Putnam’s tool but will actually be rated closer to their goals because they will live for shorter periods of time.

“We are delivering facts, not judgments,” said Christine Lange, Putnam’s director of defined contribution applied technology, who demonstrated the tool during today’s program.

Not everyone sees it that way. Joel Bruckenstein, publisher of Technology Tools for Today, an industry newsletter, says many calculators aimed at consumers fall short. He said he was unfamiliar with Putnam’s tool, but added that calculators that provide quick bottom-line answers “generally have a ton of assumptions built into them” on data such as rate of return on investments, inflation, and health care costs.

Rates of return vary from year to year, he added; investors who retired between 2007 and 2009 saw their nest eggs lose as much as 40 percent. Without a probability analysis, the level of certainty for such calculators is well below 50 percent, he said.

“I’ve seen numbers all over the place. It’s very hard to say what’s typical,” Bruckenstein said. “If you just do a calculation, especially if it comes up with a number, my fear is people look at that number and take it as gospel. And it never is.

People need professional help to sort through retirement financial issues, and advisors can provide perspective and color around the numbers that they get from calculators, he sai.d

“To the extent that these programs help them increase their expectations of what they’ll need, it’s a good thing. If you ask me, will that give them a meaningful solution and will it give them the education they need, my answer is no,” he said.

Yet Putnam’s tool is persuading workers who use it to put away more of their income for retirement, the company says. The key is to create a device that engages its users and gets them to think about what they will need in the future.

“If you make it too complex, people aren’t going to use it,” said Edmund Murphy III, Putnam’s head of defined contribution.

Harlow thinks Putnam has solved that problem. In recent tests, the subjects who experimented with the tool would say, “Do you mind if I stay a little bit longer and play with it?” he said.

Putnam expects to continue to tinker with the tool in the years ahead. Harlow said the next version of its tool, expected to come out in about a year, will include calculations on needed retirement income that includes variables related to long-term care insurance.