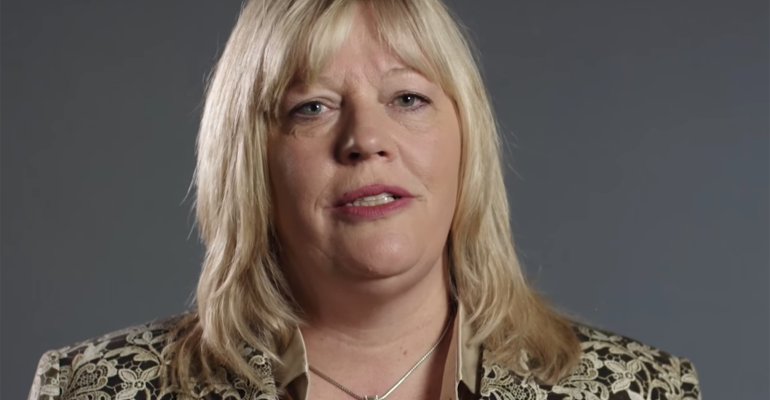 The move is meant to accelerate growth, scale and bring greater focus to advisor-centric offerings.

Fiserv’s commitment to its wealth management business is shifting, as evidenced by the announcement of a private equity joint venture last Thursday.

In the deal, Fiserv announced it was selling the majority of its Investment Services division to private equity firm Motive Partners and other investors for approximately $510 million in after-tax proceeds.

The sale of 60% of its stake leaves Fiserv with a minority interest in the business. Cheryl Nash, previously president of the Investment Services business unit, is to be named CEO once the deal closes, which is expected in the first quarter of 2020. Sometime in the next four months, after the deal closes, Nash said she expects it to be rebranded as well.

“When you think about why we did what we did, from a cultural and investment perspective—it’s about leapfrogging and getting where we need to go,” said Nash. “One of the first things we are focusing on is our new user experience, and a good number of our clients are already on that.”

“Another priority are APIs, a lot of what the industry is looking for is controlling the user experience and while we have a nice API library right now but want to significantly build on that,” Nash said. As to other core aspects of the wealth platform, she specifically discussed building out more capabilities for supporting other asset classes and further improving and streamlining processes like client onboarding.

Industry analysts, observers and experts view the move as both a sign of shifting business priorities at Fiserv and as a hopeful sign of potential rejuvenation for a long-in-the-tooth technology platform.

“Fiserv’s strategy is shifting more heavily into payments, which is a faster-growth sector than Fiserv’s traditional businesses, growing at least three times the rate of the wealth management business,” wrote senior analyst Lisa D. Ellis of the independent sell-side research firm MoffettNathanson LLC in an email.

Ellis noted that both payments and fintech are a fast-evolving market, and one that requires significant investment.

“In the joint venture with Motive, Fiserv is reducing its exposure to slower growth businesses, and raising cash for investments in payments—that doesn’t mean that the wealth management business is a bad business—it is slow growth, but stable and highly cash-generating, the type of business that is often better off as a private, rather than public company,” Ellis wrote, adding the reminder that the market puts a lot of pressure on public companies for growth.

Nash indicated that the new business structure would speed up the pace of tech development and confirmed that its current partners would continue to work with the new joint venture.

Motive Partners and Cannae Holdings, which also invested in the new venture, will provide the experience necessary to grow and scale the new firm, said Nash. New York City-based Motive Partners, in particular, is a firm that represents “pure technology and they can really help us accelerate.”

Advisor technology industry expert Joel Bruckenstein, the founder of the T3 technology conference, called the move a positive one on the wealth management side.

“When you have a subsidiary or department that doesn’t get the attention it deserves and is spun out on its own and becomes the masters of its own fate, there is a lot of positive potential,” Bruckenstein said. The Unified Wealth Platform is also not the platform many advisors that might have used it previously are familiar with, at least not from a user interface perspective.

“About a year, or a year and a half ago they [Fiserv] started showing the rebuilt version and what I saw of that was light years better than the old version, with a modern look and feel built for the 21st century,” he said.

When asked about previous perceptions of older versions of the Unified Wealth Platform, notably Merrill Lynch migrating off the system, Nash brushed the notion aside.

“Merrill has been looking to come off our platform for a decade,” she said.

In addition to improvements to core components of the Unified Wealth Platform, Brukenstein said the firm also showed promise with its financial planning application.

“When you look at the financial planning space as it is now there is certainly more room for a competent competitor in the space,” Bruckenstein said, referring to the market-dominant players Envestnet | MoneyGuide and eMoney Advisor.

Other technology offerings that will also stay with the joint venture are Fiserv’s Global Investment Manager, a portfolio accounting and performance measurement system, and Caliper, a post-trade processing solution.