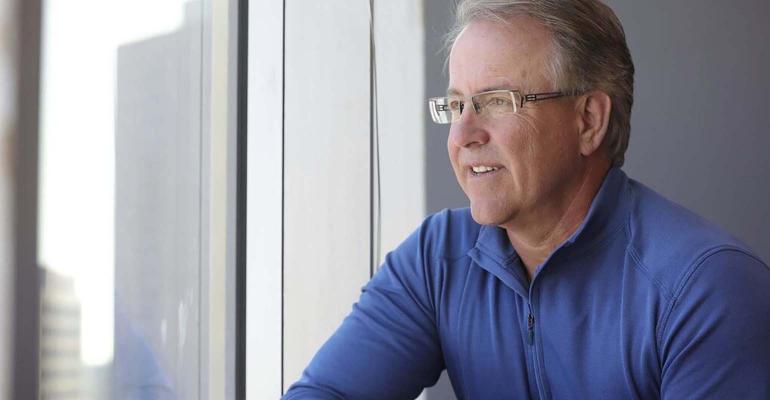 After a long hiatus, Dr. Mark Evans, the creator of NaviPlan, is introducing Conquest Planning. A planned U.S. deployment comes later this year.

Having brought its version of financial planning to Canada in late 2020, software developer Conquest Planning is prepared to enter the U.S. market this year. The recently launched Winnipeg, Canada-based firm is led by CEO Dr. Mark Evans, one of the builders of NaviPlan. Unlike his introduction of NaviPlan more than two decades ago, Evans faces a crowded financial planning market and several well-established players this time around, including Envestnet | MoneyGuide, eMoney Advisor, RightCapital and InvestCloud, now the owner of NaviPlan.

Conquest will also have to convince advisors that its software is not only better than the competition, but that it’s worth trading out planning systems. To do so, Evans is introducing what he calls a “strategy-centric approach” to financial planning.

The software melds clients' hypothetical future situations with goals- and cash flow-based financial planning. It then makes investment strategy suggestions that can be considered by advisors and their clients. The suggestions are weighted by factors like ease of implementation, impact on plan and client sentiment, giving advisors an idea of what planning changes will have a greater or lesser impact on the overall financial plan.

Out of the box, it is more turnkey and automated than currently available planning tools, according to Evans. It has an “intelligent assistant” that suggests investing strategies to advisors and doubles as a teaching tool for those new to the software. Conquest also includes planning for corporations, so that HNW clients can incorporate different types of business income into their personal financial planning.

“We are helping the advisor figure out which investing strategy are best suited for the client,” he said, “versus the tools that are out there, which are much more trial and error.” Planning exercises, like advisors or clients moving sliders to dial-in the best-fit plan, “tend to be very tedious” and difficult for the client to follow, he said.

A screenshot of the Conquest Planning dashboard.

Back In The Game

Evans was initially reluctant to re-enter the world of financial planning software. But after conversations with some of his former NaviPlan colleagues, he realized building the software from scratch would make the challenge worthwhile, he said.

To understand Conquest’s offering, it’s worth looking at Evans’ first financial planning endeavor, NaviPlan. The original code was “unofficially” written in 1989, Evans said, and the commercial version of NaviPlan was founded in 1990. Since then, it’s undergone various revisions, including updates that allowed it to run in various Windows operating systems and customizations built specifically for enterprise clients. When NaviPlan expanded into the U.S. market, software developers built “two different versions,” said Evans. “We had a Canadian version and a U.S. version.”

“It’s kind of like building a house without knowing what kind of house you’re going to build,” Evans said. “You start building a foundation. You hope the foundation is strong enough for what is envisioned for the house. And then you realize pretty quickly that the bungalow foundation that you built is not going to handle that 10-story apartment complex that they want you to build on top of it.”

The Evolution of Planning

While a fresh slate is appealing for Evans, it has its own set of complications.

One of them is that Conquest’s automation could be too far ahead of the curve he said. “The first guy in with the new mouse trap, isn't always the one that ends up getting the market,” said Shawn Brayman, founder, president and CEO of Toronto-based financial planning developer PlanPlus, which was acquired by Morningstar last year and has successfully brought a Canada-based firm to U.S.-based advisors.

There's also the challenge of convincing advisors to transition from their current financial planning software to Conquest—even with Evans' track record at NaviPlan. While many advisors, like Elliott Appel, founder of Kindness Financial Planning in Madison, Wis., review their technology annually, budgeting for and learning a new software takes time and effort away from finding new clients or managing existing ones.

Appel launched his firm last year and is familiar with eMoney Advisor and Envestnet | MoneyGuide, having tested out a handful of planning tools prior to finalizing his tech stack. An XY Planning Network member, he ultimately decided to use RightCapital for planning, a decision he made based on pricing, integrations and reporting. "I'm not super excited about new software at this point," he added.

In Canada, however, Conquest has been gaining attention. "The game changer with Conquest was its artificial intelligence, which catalogues planning strategies and tests them all simultaneously," said Jason Pereira, partner and senior financial consultant at Toronto-based Woodgate Financial, which advises over 200 households and manages approximately $230 million in assets. He also hosts his own fintech podcast, called Fintech Impact, and has tested the most popular financial planning softwares available.

Before switching to Conquest, he was using a combination of NaviPlan and VisionWorks. Both systems relied on what he called "trial-and-error planning." Advisors and clients moved sliders to settled into an optimal scenario, he said, but the software itself never hinted at what changes would make the biggest impact. Conquest provides that insight, he said. "It tells us where to spend our time and effort. It’s telling you where to look first."

If Conquest is successful in the U.S., it will need to manage its expansion carefully. “One thing you’ve got to be careful about is each jurisdiction—they're not as materially different as some people believe—but they're different enough culturally and regulatory-wise that you can't bite off more than you can chew,” said Brayman.

If Conquest is able to successfully navigate the risks, they could be set up for success. “These guys have been there, done that,” Brayman said. “[Conquest] has a good grounding in the [wealth management] marketplace and the planning nuances in the U.S.,” he observed. “They’re a little further ahead than the average Canadian startup who kind of just looks and says, ‘Oh, wow, there's a lot more people down there and a lot more business opportunity.’”

Brayman isn’t the only one with his eye on Conquest. “They are trying to connect the world of planning and portfolio management,” said Will Trout, director of wealth management at Javelin Strategy & Research.

Trout said he has been observing Conquest’s recent rise, including a $7.5 million funding round from existing investors Portage Ventures, Fidelity International Strategic Ventures and IGM Financial that was closed in July. The firm began operations on a bootstrap budget for its first 18 months, according to Evans.

It has since raised a sum of $10.5 million across seed and subsequent funding rounds. The firm has a headcount of about 90 employees, 50 of which are in engineering and development. The firm expects its headcount to grow to about 120 this year, with roughly half of the workforce devoted to development.

Pricing for the U.S. has not yet been decided, but it will be "per plan rather than by seat," according to Evans. The firm's Canadian pricing is "market competitive," he added.

Firms that are able to convincingly bridge the gap between planning and investment management, the “holy grail” of wealth management, will eventually rise above the competition, according to analysts.

Evans is aiming for that recognition. Conquest Planning will provide consistent and sound financial planning across the industry, he said, making compliance officers’ jobs easier and introducing top-notch planning regardless of the advisor’s own biases. The firm's U.S. expansion strategy is to target a breadth of business segments, while recognizing that each large enterprise adopting Conquest represents a big win for the firm. "Our roots are in providing service to large financial institutions," said Evans. "We provide both unique integration opportunities through our flexible API and strong management reporting capabilities to support business intelligence. We have recently refined these capabilities to allow the RIA [and] independent firms to take advantage, with more modest technical resources."

Conquest's international expansion could involve a new investor, too. “As we go into the U.S. market, we are looking at bringing on another outside partner, potentially. Not just for the strategic cash, but for that aspect of understanding the market connections within the space,” Evans said.

The U.S. prototype, which still needs tax calculations for federal and state taxes, will be ready before the middle of 2022, according to Evans. He expects it to be “in production” by late Q3 2022. In addition to the U.S. launch of Conquest, “light” digital estate planning is scheduled for deployment during the last quarter of 2022 or the first of 2023, said Evans.