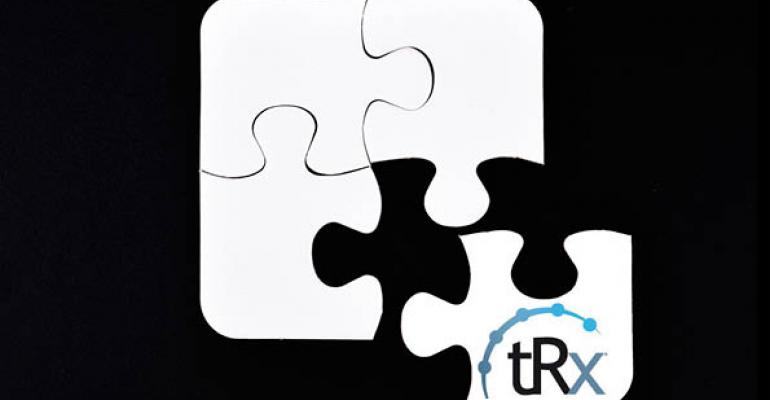 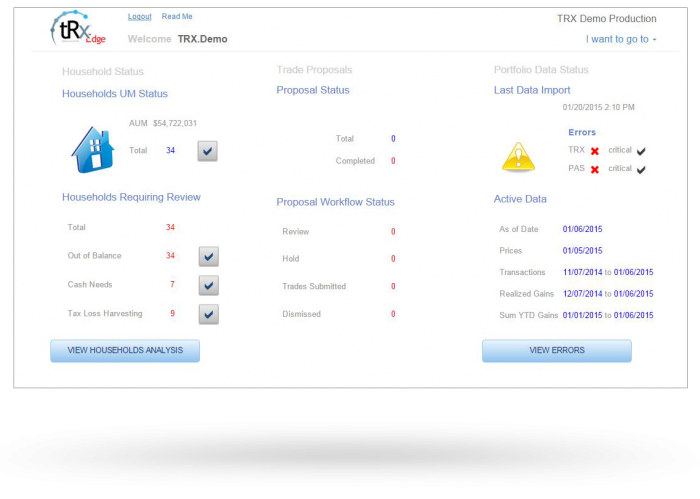 Developed in 2008, tRx focuses on allowing advisors to easily minimize taxes and harvest tax losses for clients. Advisors also can use tRx to show clients exactly how much they saved in taxes each year, which Tricia Rothschild, head of global advisor solutions at Morningstar, said helps advisors demonstrate the value of their relationship with clients.

“We’re excited to acquire tRx because it adds a key capability—tax-aware rebalancing—to our suite of offerings,” Rothschild said in a statement. “With tRx, we’ll integrate an increasingly important part of the advisor workflow: seamless and automated portfolio rebalancing.”

Advisors have been able to use tRx to rebalance portfolios in Morningstar Office, the company’s practice and portfolio management system, since June through a partnership between the two companies. Terms of Thursday's deal were not disclosed by either company. The transaction is expected to close in November.

"The response from advisors that we serve was great and we started to see even more potential by integrating," Rothschild said. "As a joint firm, we can do much more than we could as a sales relationship. We can bring to market a better product for advisors."

Automated rebalancing and tax-loss harvesting is a feature often touted by the automated asset allocation services known as robo-advisors. But Sheryl Rowling—who created tRx when she couldn't find a comparable product for her independent advisory firm, Rowling & Associates—said the tax abilities of robo-advisors and the client segment they serve is very limited.

"Tax-loss harvesting just postpones taxes," Rowling said, adding that her experience as a CPA a well as an advisor informs the tRx's functionality. "There are a lot of other strategies. [tRx] allows advisors to bring more value to the table than anything a robo can do."

One example is a new tool revealed at Orion Advisor Service's Fuse conference (winning "best in show" honors) that advisors can use to help clients avoid taxes from capital gains distributions. The tool analyzes accounts to determine which ones can avoid capital gains, then automates trades to move assets out of a distributing fund into a substitute fund that maintains the integrity of the allocation strategy and overall portfolio balance.

Though tRx will now be owned by Morningstar, Rothschild said her company plans to let tRx operate as a standalone platform and won't interfere with the ongoing and future integration opportunities with other companies.

"We believe strongly in an open architecture and giving advisors choice," Rothschild said, comparing this purchase with Morningstar's acquisition of ByAllAccounts. "We've been very open and flexible in terms of how advisors integrate with other systems."

Rowling said she hopes greater access to Morningstar’s proprietary research and data will help “take tRx to the next level.”

“In the future, Morningstar plans to add other important metrics, such as its investment valuation, risk factors, and real-time pricing, to [tRx’s] rebalancing capability,” Rowling said, adding that since its creation in 2008, TRX has rebalanced more than $20 billion for 500 advisors at 175 different firms.

Though many took to social media to congratulate Rowling and Morningstar, some were concerned about what this would mean for Rowling's other products like TPX,  a portfolio management software that competes with Morningstar.

Upset @TRXpert has sold out to @MorningstarInc - we know this means they are going to kill it. What say you @BillWinterberg @MichaelKitces

One challenge for small advisory firms is the affordable programs for reporting keep being eaten up. @MichaelKitces @BillWinterberg

My concern - what will happen to TPX? We are nervous integrating TRX to that software now. @MstarWilson @SherylRowling

Carolyn McClanahan, a financial planner from Jacksonville, said representatives from Morningstar and tRx called her to address her concerns. Though she was assured that the acquisition won't affect Rowling's other products, she said "time will tell."

"Sheryl is a good person and well respected in the profession, so hopefully she stays the course with doing the right thing," McClanahan said.