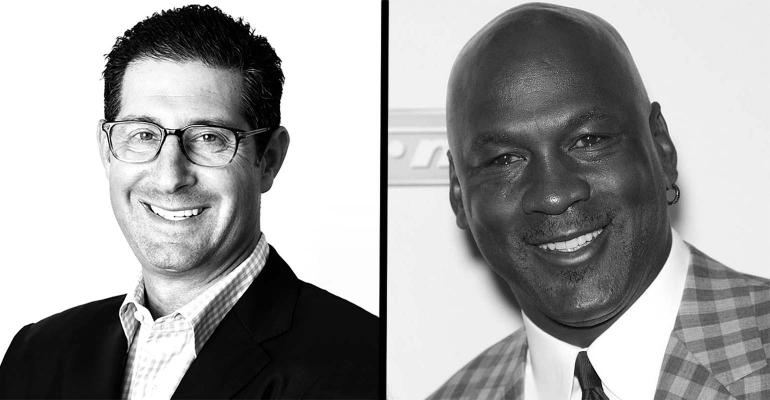 It was a routine call for Vanilla founder Steve Lockshin. He was talking with the head of the family office for one of his highest-profile clients, a billionaire known around the globe. During the call, Lockshin mentioned he was doing a capital raise for his estate planning startup and on the spot he had two additional investors.

NBA legend Michael Jordan, who has worked with Lockshin for 25 years, was so impressed with the advice and leadership he received from Lockshin, that he decided to make his first direct fintech investment in Vanilla. He joined Curtis Polk, Jordan’s family office manager and business partner, and venture capital firm Venrock, which has backed household names like Apple, Intel, Cloudflare, Personal Capital and Dataminr, to help Lockshin’s tech-enabled estate planning startup close a nearly $12 million Series A funding round last month.

For Jordan and Polk, the investment was a slam dunk. “Steve [Lockshin] has been a leader in demystifying and simplifying personal wealth management, investing and asset protection,” said Polk, who has known Lockshin for about 30 years. “Those are areas that he's always been focused on. In his other companies, he was able to achieve progress in making people feel much more comfortable in their day-to-day wealth plans.”

“Estate planning is probably an area that a lot of people are not comfortable in dealing with themselves. I would hope that this would break those barriers and discomfort down,” he added.

Jordan and Polk, using a private entity to invest in Vanilla, declined to state the size of their investment. Jordan declined to be interviewed for this story.

Polk, who has used Vanilla and calls it a “good, simple approach” to establishing or updating an estate plan, said he was looking for something that had room to grow, but was real and “not just an idea” when he decided to back Lockshin. With Lockshin’s success in growing AdvicePeriod and providing Jordan with financial advice, Polk had confidence in Vanilla’s management. Polk had been familiar with Vanilla's technology and mission since 2019 and said the firm’s valuation was still reasonable. It is the first time Jordan has directly invested in a private fintech firm outside of a fund, according to Polk.

“It’s got the potential to be many multiples of valuation rise,” he said, raising the possibility of an IPO as an exit for his investment. “It just checked a lot of boxes.”

In addition to raising new capital, Lockshin has been building a waiting list for a new feature called Ultra, designed for UHNW clients like Jordan. The foundation for Vanilla came from working with clients at AdvicePeriod, a registered investment advisory firm founded by Lockshin and sold to Mariner Wealth Advisors earlier this year. With Ultra, tools and features are built specifically for the unique needs of complex estates.

“All ultra-wealthy clients need a clear understanding of their balance sheet by not just asset and asset type, but also by the type of owner and the waterfall of beneficiaries,” said Lockshin. “That's why we built the Ultra solution for advisors with wealthier clients.” Ultra is slated for a gradual deployment in October, he added.

Clients like Jordan, a principal owner of the NBA’s Charlotte Hornets who is worth an estimated $1.6 billion, have unique needs. Nevertheless, Vanilla is betting that they will still benefit from a digital approach that involves ingesting data, like existing planning documents and gift tax returns, as well as providing advisors and their clients with an analysis of tax savings opportunities and reports on estate planning strategies.

Vanilla's true power may rest in its ability to trace intricate wealth structures. As complex as situations like Jordan’s may be, Polk has witnessed the way Vanilla is able to simplify and bring transparency to the superstar’s estate. “Steve has helped us in the financial planning area for a long time. He’s really good at it. His mantra has always been to try and keep it as simple as possible,” Polk explained. “His goal is always to try and simplify things.”