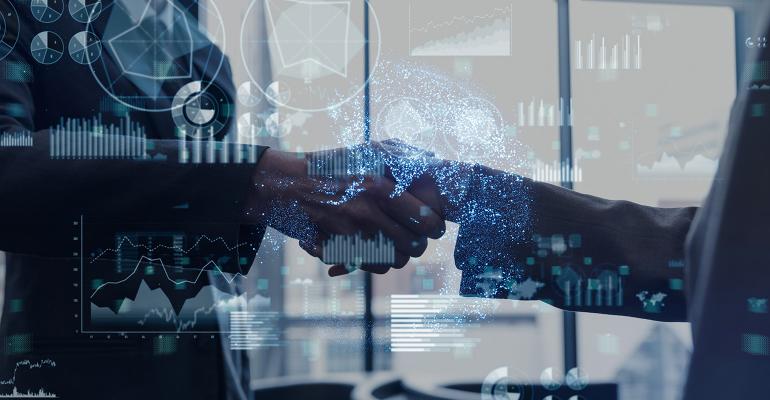 The insurance company is providing its associates with an end-to-end technology platform, becoming the first to use the 360° platform outside Commonwealth.

The new software should be a boost for MassMutual. If advisor technology is seen as wanting in some respects, insurance companies are even further behind when it comes to technology, said Ellen Carney, principal analyst at research firm Forrester. “It’s all about ease and convenience,” she added.

Indeed, this announcement could be characterized as MassMutual moving from a system of “sleeves” of technology to a unified platform, said Darren Tedesco, managing principal of innovation and strategy at Commonwealth. “They are migrating from ‘platforms’ to a true platform,” he added.

MassMutual's technology strategy has been a "'Digital Garage' program," wrote Durga Nagalla, former head of digital and mobile at the firm, in a blog post on technology published by the company last year. Part of that effort was centered around "coming up with ways to provide all financial information, not just MassMutual holdings, into one viewable dashboard." Nagalla left the company last June, according to a company spokesperson.

MassMutual is the second company to license the 360° Suite, said Tedesco, with Commonwealth being the first. MassMutual will add approximately 9,000 advisors to the platform and another 9,000 support staff members, putting the total number of users on the 360° software between 25,000 and 30,000, he noted.

The new users will put a range of loads on the software, which was designed and envisioned to handle the new scale of demand. But the type of advisors will be different, in some cases, than the Commonwealth advisors that have used the software to date. In addition to the MassMutual advisors who “look, feel and act like Commonwealth advisors,” there will be users who have a toe in both the investment and insurance realms and another group who is “almost exclusively on the insurance side,” said Tedesco. The addition of more users handling insurance means new software developments will be focused on reporting and providing policyholders with more features, he added.

Advisors associated with MassMutual, like Gregory Finke, an advisor at HighPointe Financial Group in Overland Park, Kan., will need to be trained in how to use the new software. HighPointe currently uses a mix of in-house solutions and outside tools, like eMoney, said Finke. He noticed a change in focus to more asset management after MassMutual acquired MetLife in 2016. “There’s been a push towards a more holistic practice than just the insurance side, which Mass has historically been known for,” added Finke.

The training strategy outlined by Commonwealth involves “training the trainers,” where home offices, general agencies and trainers will be provided with instruction on using the software. There are also online podcasts, videos and education-through-experience tools, too.

MassMutual doesn’t see the 360° Suite implementation so much as a replacement as a new tool, said company spokesperson Michael McNamara. The software will provide advisor and client improvements “holistically across planning, protection and wealth management,” he added, confirming that “all of the approximately 9,000 MassMutual Career Agency System advisors will use it.”