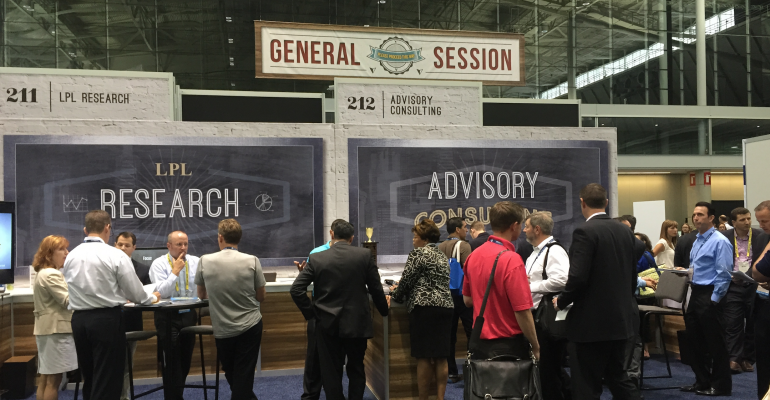 LPL Financial kicked off its annual Focus conference Monday in Boston by officially announcing plans for an automated investment service.

LPL said it is adopting the digital hybrid approach that is increasingly popular among advisors. The independent broker/dealer didn’t provide many specifics, but said, “it has begun working with a third-party to develop a robo-enabled solution that is intended to complement its advisors’ core business.”

LPL will integrate the robo advisor into its custodial platform and said it will be supported by its centrally managed portfolios platform. Before a company-wide launch, LPL will run a pilot program with a handful of advisor practices in 2016.

During his opening speech, LPL chairman and CEO Mark Casady championed the necessity for advisors to embrace technology to remain relevant.

@MSCasady explains in clear terms what happens to those who don't adapt to change #LPLFocus pic.twitter.com/CVPOOUyUad

Casady said LPL invested more than $100 million in technology – with a focus on simplicity and fundamentals – and has doubled its risk management and compliance staff. He emphasized that technology is intended to support, rather than replace, the work advisors do.

Another of the company’s four points was to improve operational efficiency. Arnold said currently, only 15 percent of LPL’s operations are automated; the goal is 85 percent.

The company also wants to improve its client service center and provide a modern and easy-to-use client interface on ClientWorks, the cloud-based advisor workstation that LPL revealed at last year’s Focus conference as a replacement to the 14-year-old BranchNet software.

LPL will release more information about its robo service and other technology initiatives throughout the conference, which will conclude June 29. LPL said the 25th Focus conference is its largest yet, attracting 7,000 attendees.