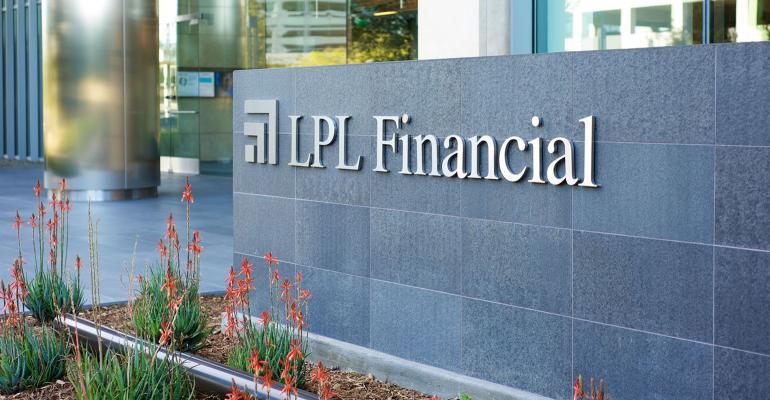 LPL followed through on its promised integration of AdvisoryWorld into ClientWorks.

Advisors at LPL Financial can now access an investment proposal tool that the largest independent broker/dealer promised to them following a strategic acquisition.

In December, LPL acquired the technology company AdvisoryWorld for $28 million in cash to improve the IBD's proposal generation, client onboarding and investment analytics capabilities. It also promised the integration would happen quickly and it delivered on that Thursday, when it said AdvisoryWorld was now available on the ClientWorks workstation.

The firm had already been part of LPL's Vendor Affinity Program, meaning LPL advisors could use its services at a discount, since 2015. Advisors now have access to the tool at no additional cost to them.

When advisors log in to the workstation, the tool will give them greater insight into an investor’s current financial situation, enhanced risk tolerance capabilities and a broader array of securities, including stocks and bonds. They will also have access to LPL-recommended models and outside strategist models though its Model Wealth Portfolios (MWP) platform. LPL plans to make additional enhancements over time, the company said.

In the past, some advisors have badgered LPL for lagging behind competitors when it comes to technology, but that appears to be changing. LPL is budgeting $135 million for technology improvements in 2019, after setting aside $120 million in 2018.

Burt White, managing director and chief investment officer at LPL, said AdvisoryWorld and its tools would be “the centerpiece” of LPL’s advisor workstation, ClientWorks.

“Rather than building something ourselves, we invested in a company that offers leading capabilities so that advisors could have the resources they need to grow their business—and to be able to deliver that fast, so it can begin to bring value to advisors’ practices,” White said in a statement.