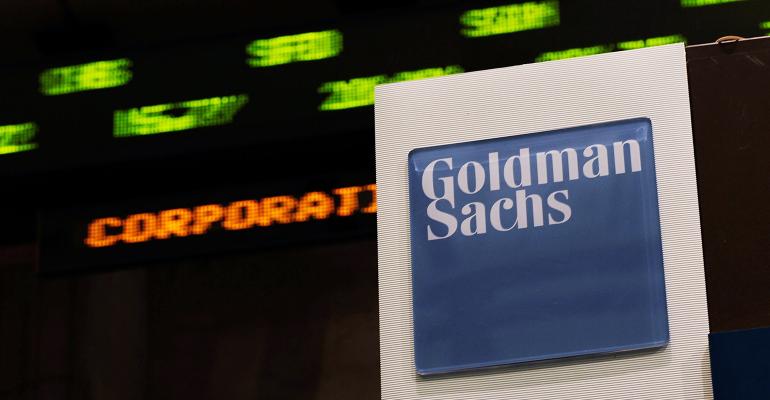 For weeks, federal regulators have been been peppering Goldman management with questions and follow-ups regarding its online-banking platform aimed at retail customers.

(Bloomberg) -- Goldman Sachs Group Inc.’s six-year foray into consumer banking -- the unit dubbed Marcus -- is the focus of a new review at the Federal Reserve.

Fed officials have been looking into the Wall Street giant’s online-banking platform aimed at retail customers, according to people with knowledge of the matter. For at least several weeks, they’ve been peppering Goldman management with questions and follow-ups in a process that’s still continuing, the people said, asking not to be identified discussing confidential information.

The review goes beyond the central bank’s regular oversight of the firm, and is distinct from its more frequent industrywide looks at business lines of interest. By zeroing in on Marcus, the central bank is taking stock of a division that’s relatively new and growing substantially inside a company without much history dealing with the general public.

While it’s not indicative of any wrongdoing, it is another headache as Chief Executive Officer David Solomon marches ahead with his ambition to expand Goldman -- a merchant of high finance -- in the world of consumers: soaking up deposits, issuing credit cards and, at some point, offering checking accounts to the masses. The examination puts yet more pressure on the bank’s leaders to showcase their command of the business and tighten controls.

Representatives for Goldman Sachs and the Fed declined to comment.

The bank has been signaling recently that it’s taking a more cautious approach toward Marcus’s growth. Behind the scenes, Goldman President John Waldron has assumed a bigger role in overseeing the business in an attempt to bring expenses in line and stanch losses.

At mid-year, the bank’s own internal forecast estimated the business would post a record loss of more than $1.2 billion this year.

The cash burn has gotten all the more painful in recent months as a pandemic-era surge in Wall Street deals subsides, making Marcus a fraught topic among Goldman managers. Investment bankers and traders bracing for job cuts or lower bonuses are competing with a division that was once supposed to break even in 2022, but has instead eaten up more than $4 billion since inception in 2016. That’s not including Goldman’s acquisition of installment-loans provider GreenSky Inc. in a deal initially valued at more than $2.2 billion last year at what turned out to be the peak of the market for fintech ventures.

With business lines such as investment banking, capital markets and asset management cooling off, analysts predict the firm will post a more-than 40% drop in net income this year. That has Goldman tightening its belt. The bank’s leaders set aside 31% less for compensation in the first half. And in recent weeks, they have been getting ready to resume an annual culling cycle that was paused during the pandemic, sketching out plans to eliminate several hundred roles.

Waldron’s efforts to put Marcus back on track are being welcomed outside the bank. Credit Suisse Group AG analyst Susan Katzke wrote in a note last month that she was assured by Goldman management that, even as the firm remains committed to such growth initiatives, it’s shifting the emphasis toward wealth management and less on retail banking. The Waldron-led team promised a narrower focus on consumer banking after acknowledging the firm “tried to do too much at once,” according to the report.

Some key executives who helped get the consumer business off the ground are no longer at the company. They include former Chief Financial Officer Stephen Scherr, Harit Talwar, a consumer-banking veteran who was brought on for his retail know-how, and Omer Ismail, who left to run a new banking venture backed by Walmart Inc.

Other authorities have also shown interest in Marcus. Goldman last month disclosed a probe by the Consumer Financial Protection Bureau into the company’s credit-card practices, including how the lender resolves incorrect bills and processes refunds. Such investigations have typically resulted in modest fines and operational tweaks that don’t imperil the business.

But for Goldman, it’s an unwelcome intrusion into a marquee partnership with Apple Inc., a major client that trumpeted its partnership with the lender when the two firms expanded into credit cards in 2019.