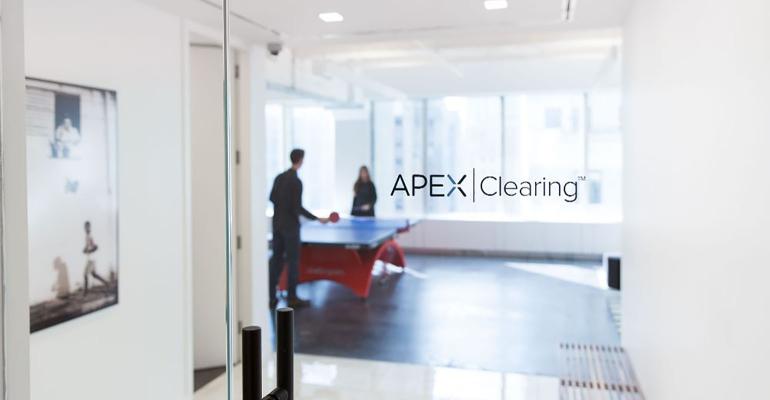 (Bloomberg) -- Apex Clearing Corp., a financial technologies firm that focuses on securities custody and clearing, has agreed to go public through a merger with the blank-check company Northern Star Investment Corp. II, according to people familiar with the matter.

The transaction will be valued at $4.7 billion, the people said, asking not to be identified because the matter is private.

To support the transaction, the special purpose acquisition company will raise about $450 million from investors including Fidelity Management & Research Co. and Coatue Management, they added.

The deal will provide about $850 million in gross cash proceeds to Apex, the people added.

Former Cosmopolitan magazine editor-in-chief Joanna Coles will join Apex’s board after the deal closes, they added.

Apex Clearing, owned by financial technology firm Peak6, was the clearing house for Robinhood Markets Inc. before it launched its in-house platform in 2018.

More than 1 million crypto accounts were opened through Apex so far this year, the people said. The firm generated more than $230 million in revenue and pretax earnings of about $85 million in 2020.

Northern Star Investment Corp. II raised $400 million in an IPO in January. It has sinced filed for two more SPACs.