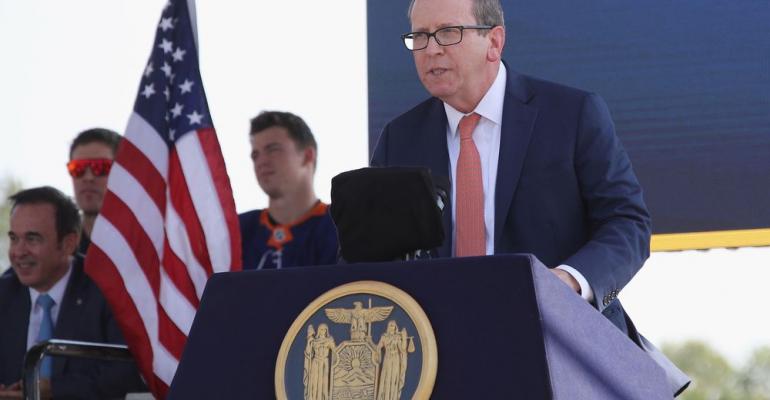 The resulting entity could be valued at as much as $5 billion.

Northern Star Investment Corp. II surged Friday after people familiar with the matter said Apex Clearing Corp., a securities custody and clearing firm, is in talks to go public through a merger with the blank-check company.

Deliberations are ongoing and details of the transaction with the special purpose acquisition company, or SPAC, may change, the people said. Representatives for Apex Clearing and Northern Star didn’t immediately respond to requests for comment.

Apex Clearing, owned by financial technology firm Peak6, was the clearing house for Robinhood Markets Inc. before it launched its in-house platform in 2018, the trading app’s website shows.

Dallas-based Apex’s clients include Stash, Firstrade Securities Inc. and Social Finance Inc., according to its website. Social Finance is also going public through a deal with a SPAC, one backed by serial dealmaker Chamath Palihapitiya.

Ledecky, in a partnership with former Cosmopolitan magazine editor-in-chief Joanna Coles, has raised two SPACs to date and filed last week for two more, according to filings with the U.S. Securities and Exchange Commission.

In December, their first blank-check firm announced a merger with Barkbox Inc., a subscription service for pet supplies. That deal valued the combined company at about $1.6 billion including debt, a statement showed.

Barkbox’s SPAC transaction included a $200 million private placement led by Fidelity Management & Research Co. and Senator Investment Group, among other institutional investors. The deal is expected to be completed in the second quarter.

Northern Star Investment Corp. II raised $400 million in an IPO in January. The two upcoming SPACs are seeking to raise $300 million each.

— With assistance by Annie Massa