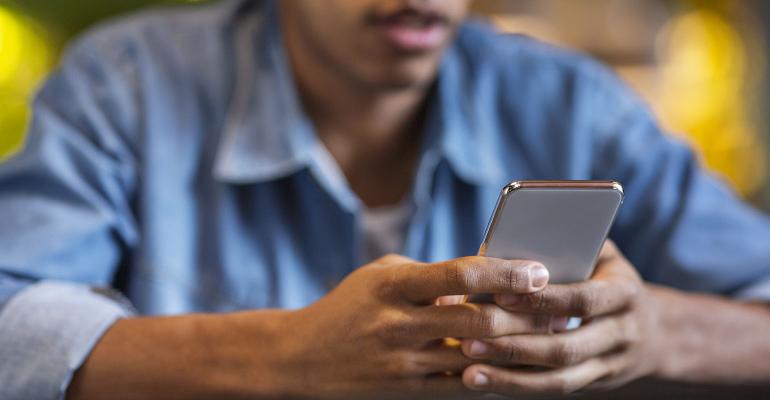 Most advisors are enthusiastic, with some caveats, about Fidelity's new 'Youth' trading account.

On Tuesday, Fidelity launched the Fidelity Youth Account, a teen-owned brokerage account that comes with a debit card. Unlike UGMA or UTMA accounts, which have been around for some time, the minor—not the parent or guardian—makes the investing decisions with this account, which is available to the teenage children of Fidelity’s retail clients.

WealthManagement.com put out queries to both the XYPN network and FPA seeking feedback on the move. With few exceptions, advisors responded enthusiastically about the opportunity for financial education that the new accounts will afford. Some advisors were even jealous that their own custodians weren’t offering a similar type of account.

Broader participation in the stock market will help upend “the wealth imbalance” of the United States, said Blake Hempel, senior wealth advisor and portfolio manager at Hempel Wealth Management in Chicago, which manages $1.1 million in assets, according to regulatory filings. “People are never too young to start investing,” he said, calling the announcement “extraordinary news” and predicting that a younger start at investing would result in more clients for CFPs and fee-only financial advisors.

Advisors should be enthusiastic about the development, not “dismissive and defensive,” agreed Kashif Ahmed, an LPL Financial–affiliated advisor and founder of American Private Wealth in Bedford, Mass. While a 13-year-old shouldn’t be investing on his or her own, he said, with the right guidance and lessons, teens will “realize they need the guidance of a planner, and when they approach one, they will already have accumulated some money.”

The risk of beginning investing as a teen is losing money and turning away from investing, he warned. The right guidance and lessons can help avoid that outcome.

Indeed, Fidelity also recognizes the danger that a bad experience with investing could produce, so it is providing educational content, tools and some guardrails for Youth Account investors. The account can be opened only with the approval of a parent or guardian, who can also close it at any time. Parents are afforded “inquiry access,” and can review debit card statements and trade confirmations, according to Fidelity.

While Fidelity is stating that “it’s too early to predict how the product may evolve,” according to a company spokesperson, there could be an opportunity for collaboration between it and eMoney Advisor, the financial planning software developer that operates independently but is still a wholly owned subsidiary of Fidelity.

Earlier this year, eMoney launched its Incentive financial planning app and it is currently reviewing the potential for collaboration, according to a spokesperson. “While we both wholeheartedly believe in the value of planning and the importance of adopting healthy financial habits at a young age, we don’t have concrete plans to link Fidelity’s new Youth Accounts to Incentive,” she said. “We’ll continue to assess opportunities for collaboration.”

Some advisors are less bullish on the new accounts. “This is a train wreck waiting to happen,” said Catherine Valega, an LPL Financial–affiliated advisor and founder of Green Bee Advisory in Boston. She called it the “dumbest thing ever, unless they are hoping to just get kids hooked on debit/credit cards.”

Advisors interested in using Fidelity Youth Accounts as an advising opportunity or a method for approaching the next generation of clients would be better off using custodial Roth IRAs, she said. The advantage of using a custodial Roth IRA with a teen is that you start the teen saving for retirement at an early age, as well as forming a starting point for conversations about long-term, strategic investing, said Valega.

But most advisors that responded are enthusiastic about the accounts. Not only will teens learn about saving and investing, predicted Jamie Ebersole, CEO and founder of Ebersole Financial in Wellesley Hills, Mass., which has $23.6 million in AUM, but they will also learn about CDs, bonds, ETFs, mutual funds and other investment vehicles.

“I would definitely want to make my clients aware of these accounts for their kids,” he said. “Opening an investment account allows the teen more flexibility in their savings approach.”

Concerns about a 13-year-old being too young to open an investing account and make trades are overblown, said Michael Caligiuri, founder of Caligiuri Financial in New Albany, Ohio, which has $13.1 million in AUM. He started investing when he was 12 years old, he said, and remembers the “inconvenience” of having to have someone else open an account for him.

Caligiuri, who custodies with Charles Schwab and TD Ameritrade, is excited to see if those firms will follow Fidelity's lead. "If it was offered by Schwab and or TD Ameritrade, I would certainly tell parents that this is something that they could consider." He thought the option would be particularly enticing for wealthier clients and said some parents who open a UTMA account for their kids and give their kids the login credentials, which is not the intent of the accounts, would have a different option for getting their kids into investing.

“I don’t think it’s fair to take away somebody’s right to invest their money,” he said. “I don’t care how old they are, especially if they have the capacity to invest.”

“But, what do I know?” he added. “Maybe you should ask the guys over at Archegos Capital Management.”