Pershing is creating a new business unit to help the advisor-focused custodian avoid delays that have already affected new technologies promised to advisors. Called Pershing X, the unit will be one of BNY Mellon’s "top investment programs" in the coming years, according to Pershing CEO Jim Crowley and will be led by former LearnVest and Northwestern Mutual executive, Ainslie Simmonds, who has been appointed president of the division. Simmonds most recently led global digitization efforts at PIMCO Investments.

Part incubator, Pershing X is a business unit devoted to developing “consumer grade digital experiences,” according to an announcement made Thursday. When it comes to advisors, the new unit will be facilitating better and more robust connections between tools in their tech stacks. Intended beneficiaries of the new advisory capabilities include broker/dealers, registered investment advisors and trust companies, firms that make up its Wealth Solutions client base. Pershing X will also be tasked with connecting BNY Mellon’s product universe with Pershing’s financial advisors, said Crowley. The new unit is an extension of a business realignment around “Wealth Solutions” and “Institutional Solutions” that began in May. 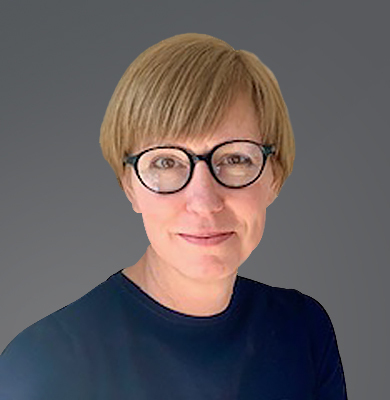 In her new role, Simmonds is already facing tech deployment delays. The Q4 launch of a multicustodial oversight tool, announced in June at the custodian’s annual INSITE conference, won’t take place as planned after internal resources were scrambled over the summer. Advisors looking forward to using the new tool, called Managed Accounts Central, will now have to wait until next year to get access to it. Crowley said the new launch date would be sometime in the first half of 2022.

That’s not the only development delay confronting Simmonds. In March, Pershing announced it was beta testing a new digital onboarding and repapering tool, which also included account aggregation features. At the time, Ben Harrison, head of advisor solutions at Pershing, expected the tool to be broadly available to advisors in Q2 of 2021. More than six months later, that tool is still in its pilot phase “with a few clients,” according to Crowley. “It’s not fully deployed, but clients are exposed to it,” he said.

As delays add up, Crowley declined to cite any quantitative metrics that would define the commitment BNY Mellon is making to Pershing X or its efforts to deliver on promises made to advisors. But the new division will be different from Pershing’s current course of business and “is going to be one of the top investment programs across the BNY Mellon franchise for the next several years,” he said.

In an indication of how severely business alignment has affected tech development, if Pershing had structured itself to include Pershing X as a business unit in the spring, delays like the one affecting Managed Accounts Central would most likely have been eliminated, said Crowley.

Not only will Simmonds’ new division be tasked with digging out from product deployment delays, but it will also create “a comprehensive platform” for advisors, she said in a statement. That platform will include a mix of in-house developed technology, partnerships, third-party integrations and components that Pershing will buy.

Pershing X will then identify and include products on its platform that will be sourced from “the breadth and depth” of BNY Mellon, said Crowley. While specific products remain to be identified, they will likely fall into the categories of investment management, model portfolios and lending products, he said. “All those things that are supported by the broader BNY Mellon franchise, today, are things that we deliver to our clients—but not through an effortless, seamless platform experience.”

With buzz phrases like “financial wellness” rolling off the tongues of executives serving the wealth management industry, those same firms are finding they need to rethink how they work together internally. "Clients don't want to interface with five different divisions," Gallant added.

Pershing X will find success if it can “break up any particular roadblocks,” he concluded. “You have this internal group that's constantly keeping the ball moving—keeping projects moving forward. [It’s] constantly trying to tie in two different groups, two different systems. Hopefully that leads to a faster turnout of solutions and the programs that they're pushing to the clients.”