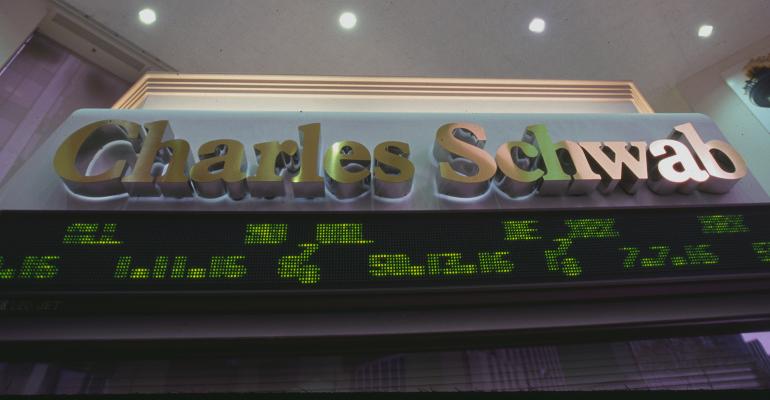 In the midst of its integration with TD Ameritrade, Schwab is facing angry advisors fed up with poor service.

The recent substandard service provided by Charles Schwab is a case of more money, more problems, according to the firm. Advisor complaints of subpar service from the custodian prompted a more detailed explanation of the “confluence of challenging factors” the company encountered over the past few months.

The firm was swamped by “record breaking flows of new assets over the last three to four months” that overwhelmed the manual processes the custodian relies on to provide advisors the services it promises, said Jon Beatty, COO of Schwab Advisor Services.

In an interview exclusive to WealthManagement.com, Beatty said advisors flooded Schwab’s platform with nearly $50 billion in net new assets in the fourth quarter, with $25 billion of that hitting Schwab’s systems in December. The “operational transactions” that accompanied those new assets in such a short time frame overwhelmed the “people-based paper system” at Schwab, explained Beatty.

In other words, the scale and technological improvements Schwab aims to deliver with its acquisition of TD Ameritrade are yet to be realized.

“We are achieving scale. We're still operating two platforms and two separate broker-dealer systems,” said Beatty. “The synergies and integrations that will help the scale have yet to be achieved in the transaction. We look forward to the day when we can get there.”

Advisors are awaiting that day, too.

Yup. The service is terrible. I've worked with Schwab for ~20 yrs and it's never been anywhere remotely close to this bad of service levels & lack of trained reps. In fact, I've been on hold right now as I type this for over 15mins to reach our service team - still on hold...

Schwab recognizes its reputation is on the line, said Beatty. “We have long understood that service is the foundation of our relationship with advisors. It's of primary importance and really on equal footing with the safekeeping of client assets: so super critical.”

Although he didn’t provide a timeline for when it will bring service out of its slump, Beatty said technological solutions to alleviate problems like those of the past few months won’t be in place for at least one year, but could stretch as long as two years. Essentially, the digitized front end that Schwab provides advisors still requires the firm to implement manual processes in the back office, he said.

“There's no legacy tools that are breaking down,” he added. “Those systems are operating as they were intended to operate.”

Some hiccups are to be expected, and even though Schwab isn’t placing the blame on its integration with TD Ameritrade, some association with the integration on the part of advisors should be expected, said Dennis Gallant, a senior analyst at Aite Group.

“It doesn’t take much for a problem to snowball, or take on the appearance that it is snowballing,” he said. “Integrations tie up a lot of resources.” It’s also possible Schwab cut too much staff, too.

Having observed a number of mergers, Gallant said unexpected problems always crop up. “Something’s going to fail, it’s really about how quickly does a firm respond.”

Schwab is “adding staff to assume the volume,” said Beatty. “We believe this is a temporary phenomenon,” he added. “We are going to close the gap on the current model and regain the confidence of our client base in terms of how the current model works.”

Nevertheless, the fact that advisors are publicly complaining doesn’t bode well. Advisors tend to let the first few problems slide, said Gallant. Now that they are publicly venting their frustrations, it could be a sign of larger problems.

For now, Gallant thinks patience is warranted but that advisors should continue to express their frustrations if problems continue. Schwab is aware of the competition it faces in the custodian marketplace, he said.

If advisors are still talking about service issues at the end of the first quarter and the beginning of the second, then there might be bigger issues, he said.

“Anytime you make progress, there’s a little bit of a step back, before the two steps forward,” he added. “It’s not a brick wall; it’s a bump on the road.”