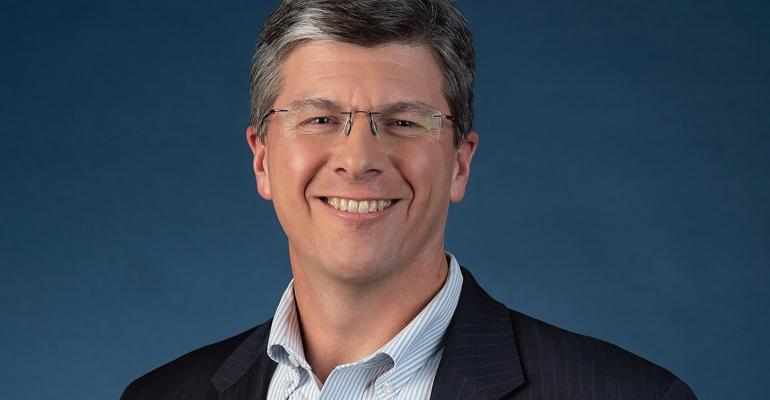 Former CEO John Lunny will serve as vice chairman of Vestmark’s board of directors, as the fintech company builds out a more robust direct indexing solution and looks toward an initial public offering.

Portfolio management and trading solutions provider Vestmark has announced that its current CEO John Lunny, who is also one of the firm's founders, will step down from his role. In his place, current Chief Technology Officer Michael Blundin, who has been with Vestmark since 2004, will move into the role of CEO in a planned transition. Lunny will stay on as vice chairman of Vestmark’s board of directors.

Blundin said the succession has been planned for some time, but that the COVID-19 pandemic pushed back the timetable. Now that things have stabilized a bit, Lunny said he felt it was the right time to pass the torch.

“Mike brings the winning combination of deep client relationships, strategic thinking, flawless execution and openness to new ideas that will serve Vestmark well as he leads the company through this planned transition and into the next chapter of our growth,” Lunny said in a statement.

In the interim, Mark Peabody, senior vice president of product management, will take on some of Blundin’s engineering responsibilities, but if the firm finds a great CTO candidate, they’ll consider them.

The transition comes at an inflection point for Vestmark, Blundin said. For one, he said the firm is hoping to go public, although he declined to provide a timeline for doing so (it is currently privately held).

“We very much would like to IPO and gain access to the public market capital so we can grow our company faster, and we have ambitions for that,” Blundin said in an exclusive interview with WealthManagement.com. “From a market conditions perspective, it has never been better, and it probably won’t last. So there’s some urgency.”

The next chapter will also involve Vestmark investing more heavily into its direct indexing capabilities.

“We’re really picking up the pace now and doubling down on the investments we need to make sure that we can have one of the most compelling DI (direct indexing) solutions on the marketplace,” Blundin said. “Six to 12 months from now, Vestmark is going to be deeply involved in direct indexing and the growth and wave that that represents.”

While the company currently has a direct indexing capability, it’s a narrow offering, he said. Through separately managed accounts and unified managed accounts, client preferences can be incorporated in the form of restrictions.

“Firms have been supporting those kind of restrictions from investors for years and years, and Vestmark has an extremely robust capability for implementing those,” Blundin said.

More than 10% of Vestmark’s enterprise clients are currently using its direct indexing technology. But the company expects that to double over the next two to three quarters.

“What’s happening now with DI is the robust incorporation of ESG preferences and other kinds of preferences too,” Blundin said. “That means bringing in new kinds of data into VestmarkOne and expanding the kinds of personalization and support. This stuff needs to be incorporated in such a way that it can be simply accessed and understood so that people actually recognize that they’re getting the outcomes that they hoped to get.”

The firm is heavily investing in making that technology easy to use he said.

Although not new, investing in fractional equity shares is another area of focus for Vestmark, one that is gaining more attention from financial services disruptors. Right now, if an investor wants to buy an index with 1,000 securities, the platform can support that using models with a smaller number of securities, a kind of optimized version of the index, which delivers the same kind of performance tracking error and risk as the index.

“We’re looking over the long term at a more robust solution which is being able to give a retail scale investor—somebody with $100,000 or less to invest—exposure to all of the securities in an index if that is what they want,” Blundin said. “And in order to do that, we have to be able to support fractional shares.”

The platform already inherently supports fractions through its existing accounting and performance components.

“For us, fractional support in the core of our platform is not a daunting problem. It’s sort of an incremental thing that we need to do. The much more interesting problem is the dynamic with third parties.”

In other words, custodial data feeds don’t know what to do with fractional equity positions, so there’s a lot of communications issues that need to be resolved, he said. Vestmark has some big clients that are working on that right now.

While Vestmark does have RIA clients, it has traditionally grown through its b/d and large enterprise clients. But Blundin believes the direct indexing offering will help them launch further into the RIA market.

“Vestmark is known in that segment, but not nearly to the degree that we would like, and we feel that the direct indexing product is going to be a great way for us to get out in front of that audience,” he said.

“If you look around in the press at what’s been going on—acquisitions of Just Invest, OpenInvest, Aperio—it’s very clear our industry is getting ready to mount an effort in this area; that is tantamount to a kind of rising tide,” Blundin said. “We want to make sure that we have a very compelling offering as that tide comes in, so that we can take a disproportionate share.”

The firm is perhaps most known for its VestmarkONE platform, an all-in-one wealth management software-as-a-service solution used by broker/dealers, RIAs and asset managers. The platform was recently honored at the 2021 WealthManagement.com Industry Awards.