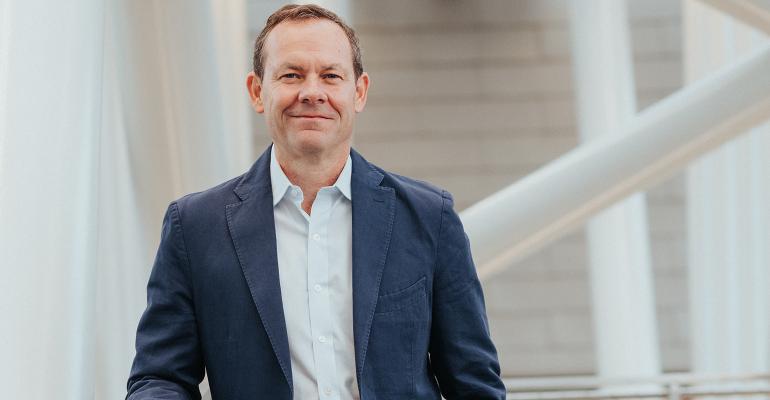 The wealthtech firm will be spending an additional $30 million over the next year as it brings its latest features and integrations to market.

Envestnet will be adding a long-term healthcare “offering” and injecting MoneyGuide with Apprise Labs’ estate planning capabilities, according to Envestnet CEO Bill Crager. In an interview following his February earnings call and a surprise announcement that the firm would be spending $30 million more on personnel and marketing within Envestnet, Crager also told WealthManagement.com that Envestnet would be making an additional investment in Apprise Labs, a joint venture that’s been relatively quiet since early 2020.

Crager said the strategy of building out exchanges helps his firm move quickly and with better focus, as it co-invests with partners already targeting the services Envestnet wants to provide to advisors. It’s a lighter lift than developing something from scratch, said Crager, and through it all, Envestnet generates new data about the services it’s facilitating for advisors.

The firm’s first exchange, built around insurance, was launched in 2019. Last year the firm launched two exchanges, centered around credit and analytics, followed by the recently announced trust services exchange, launched earlier this year. Plans for a long-term healthcare "offering" are already in the works and will start with Medicare and Medicaid planning, said Crager.

“These decisions that individuals make around long-term healthcare are profound and have such an impact on [one’s] financial life,” he said. “We can bring intelligence to that. If you look at our population across the tens of millions of people that we serve, there's a pretty significant demographic in there that is open to that discussion.”

The mandate of a financial advisor is broader than in was in the past, said Alois Pirker, research director for Aite Group's wealth management division. Envestnet stands to benefit from making a variety of new services available to advisors through its platform. "When you look at how LPL has been pivoting or how Envestnet has been pivoting or Fidelity's pivoting, there's a lot of movement," he added. "With [Envestnet's] strategic direction, they're not hitching their wagon to one single path."

"There's somewhat of a strategic reshuffle going on," he added. "Two years down the road there will be a slightly different market we're looking at of where advisors are being served. ... Right now, it's a very dynamic market."

While long-term healthcare and insurance are tied to one another, Crager found Envestnet is able to get to market more quickly by approaching each part of its "financial wellness ecosystem" as a distinct problem to be solved. After developing the exchanges, Envestnet will then focus on creating more cohesion between each different value-add.

But despite assurances of speed and agility in Envestnet’s approach, the firm’s version of a MoneyGuide for estate planning, in the form of a joint venture with Apprise Labs announced in 2019—the same year the insurance exchange hit the market—has been slow out of the gates.

Built around in-person meetings and flashy large screen smart TVs that require clients to make a trip to their advisor's office, Apprise Labs’ estate planning delivery mechanism has been muted by the pandemic’s remote meeting mandate. Nearly a year ago, Apprise Labs CEO Edmond Walters said the software provider had signed a major broker/dealer client, while declining to name it. He did not respond for an update on the status of Apprise or its adoption within the industry.

Nevertheless, Crager said Apprise Labs will see some of the $30 million Envestnet is earmarking for its tech development acceleration plans in the coming year. He also revealed that updates to the “digital environment for advisors” that will roll out this year have been influenced by Walters and Apprise.

The “client portal ... that we'll be delivering to the market was really designed in partnership, and led by, Edmond and team and Apprise,” said Crager. Just as the features of MoneyGuide are continuously being intertwined with different services offered by Envestnet, elements of Apprise Labs’ estate planning will be worked into the updated “digital environment for advisors,” he added.

While Crager’s approach to development and partnerships has seen the capabilities of Envestnet grow, it has confused both competitors and analysts at times.

UBS analyst Alex Kramm said recently during Envestnet's quarterly earning call that the firm was “acting very much like a start-up fintech company,” by spending $30 million more than previously indicated on personnel and marketing in 2021. Crager explained that the investment was necessary and that it was designed to accelerate Envestnet’s growth.

Meanwhile, on the estate and trust services front, competitor Vanilla and its principal Steve Lockshin implied that Envestnet was not nimble enough to capitalize on the advisor demand for tech-enabled trust services. “We get to build the best solution using the newest technology without distractions,” he told RIABiz, of Vanilla's advisor technology.

Crager pushed back on Lockshin’s assessment.

“The ingredients that sit inside [Envestnet’s] infrastructure are incredibly valuable. No startup can have access to the code that we have, the data that we have, and the solutions or products that we network to,” he said. Envestnet can “move really fast in areas like insurance, like credit, like trust—you'll see on healthcare [and] around our partnership with Apprise.”

Envestnet’s approach, of finding partners and co-investing alongside them, is intentional. “We don’t have to build inside Envestnet,” he added. “That’s the point and it’s an important one.”