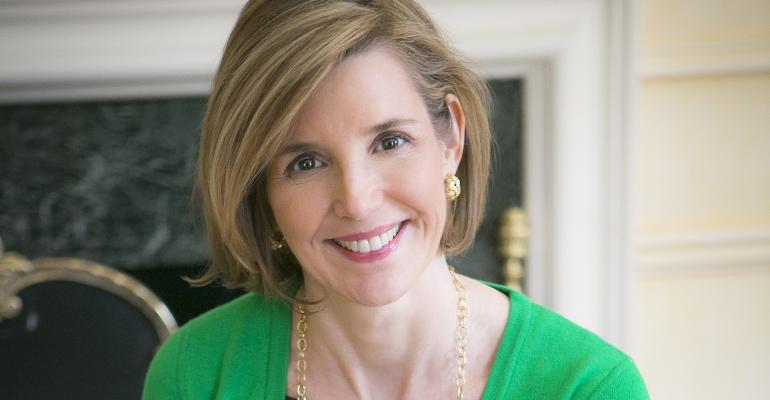 Boasting a list of high-profile investors, Ellevest is targeting four areas of its business, including community building, to spur its growth.

Despite having only $283 million in assets under management, $100 million of which is from high-net-worth clients, female-focused Ellevest, an automated advice platform or so-called robo advisor, announced a funding raise of $33 million last week. The round was led by Rethink Impact and PSP Growth, with celebrity cachet coming from new investors Pivotal Ventures, founded by Melinda Gates; PayPal; Elaine Wynn, co-founder of Wynn Resorts; former Executive Chairman of Google and Alphabet Eric Schmidt; and Valerie Jarrett, a former advisor to President Obama and author of Finding My Voice.

In a blog post, Ellevest co-founder and CEO Sallie Krawcheck noted that the new funding would go toward “building its community” along with improving its technology, “expanding into new product categories” and bringing “non-boring” financial education to its users. Above all, the company expects the funding will accelerate its growth, she noted. A company spokesperson referred requests for details on timing of the new products and the prioritization of the four capital categories back to the blog post.

Raising the funds was not easy, according to Krawcheck. “After this round, I feel like I’m at the end of a marathon—one in which I threw up, hallucinated a giant rabbit running next to me for the final four miles and broke my knee,” she wrote.

Acceleration of growth will also be difficult, noted Rob Foregger, co-founder of NextCapital and online registered investment advisor Personal Capital. “There’s a large opportunity for woman-centric investment services,” he said. “But they have a large spend that they need to do on two fronts: one is building out the technology platform and the servicing platform for Ellevest. The second piece is really actually driving smart, efficient cost of acquisition.”

“Irrespective of whether you have efficient cost acquisition or not, direct consumer marketing is a very expensive game,” he added. “It’s a hungry beast. You’re never done acquiring customers.” Without knowing the specifics of the business, it’s hard to know just how efficient the company’s cost of acquisition is, he said.

Direct-to-consumer robo advisors are tough to operate, and running a strategy that targets a specific demographic could make that task even harder. WorthFM, another high-profile female-focused robo advisor, quietly folded in 2017. SheCapital closed down in 2016, about a year after it launched.

Several investors cited by Ellevest didn’t seem concerned by cost of acquisition or the company’s relatively small AUM (launched in 2010, Betterment had $36 million in AUM at the same point in its trajectory that Ellevest is at now, but those were early days in the robo wars. Betterment currently has $16 billion in AUM, according to recent regulatory filings.) Rethink Impact’s founder, Jenny Abramson, expressed her confidence in Ellevest’s “‘exponential growth,’” while PayPal CEO Dan Schulman also cited the company’s expansion, even in a “‘crowded market,’” as being a factor in PayPal’s decision to invest.

Ellevest launched publicly in 2016 and had planned the funding announcement to coincide with Women’s History Month, although Krawcheck alluded to the difficulty of the funding round when she hinted that she hoped to make the announcement earlier in the month.