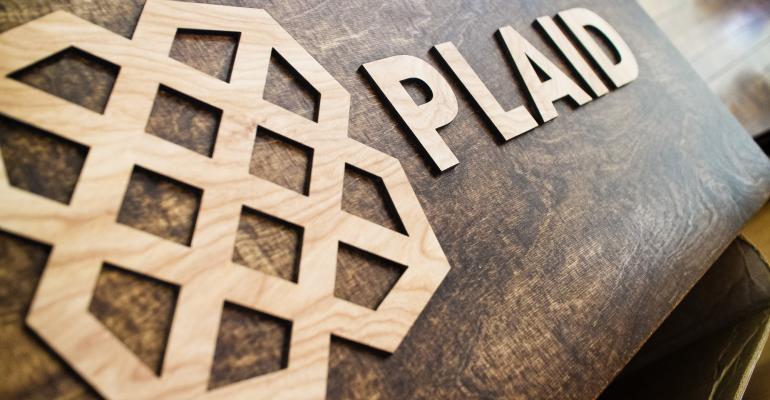 Death Of Plaid, Visa Mega Deal Could Be Good News for Advisors

While they may miss out on some benefits, advisors could be better off from the termination of Visa's plans to acquire account aggregator Plaid, according to observers.

While the termination of the merger agreement between Visa and Plaid is a blow for executives at the two firms, advisors should largely benefit—with few exceptions—from the end of the proposed $5.3 billion deal, according to technologists and analysts.

With its demise, advisors using Plaid will potentially forgo the faster speeds of fund transfers that Visa likely would have brought to the table, according to Sophie Schmitt, a senior analyst in Aite Group’s wealth management division.

That stands in contrast with Mastercard’s acquisition of aggregator Finicity, which closed in November. That deal was “potentially positive” for advisors, according to Schmitt. Particularly for advisors offering more banking services, the speed of money movement is becoming increasingly important.

But advisor clients were never going to be huge revenue generators in terms of transactional and payment revenue, she noted.

Visa would have been a great steward of financial data, said Eric Clarke, CEO of Orion, which uses Plaid for account aggregation. Last year he was bullish on the outcome of the Visa-Plaid acquisition.

He sees the sinking of the deal stemming from Visa’s “monopolistic” intentions, when it came to the evolution of payments. “It really had nothing to do with the way that advisors are leveraging the Quovo—which became Plaid—technology, to provide data aggregation to their customers,” he said. “Rather it was another part of that business that was focused on facilitating payments.”

At the same time, competitors have taken advantage of diverted attention to improve their offerings for advisors.

Morningstar’s ByAllAccounts has been quietly improving its user interface and experience, said Clarke. “Morningstar has done a very good job of closing gaps that they had in their offering here over the past year,” he said. “They've made consistent and concerted efforts at improving their offering to advisors.”

Envestnet | Yodlee also stands to benefit, said Schmitt. The end of the acquisition talks “removes competitive pressure.” Envestnet declined to comment on the termination of the Visa-Plaid deal.

Among some advisors, Plaid's status was actually harmed by the Visa acquisition talks, said Andrew Rogers, senior project manager at Carson Group. With the prospect that advisors' account aggregation needs could get lost in the corporate fog of Visa, firms started looking at switching aggregators, he said, while noting that he hadn't heard of anyone actually switching.

"Lots of firms looked at their partnership with Quovo, owned by Plaid, and started to ask if ByAllAccounts or Yodlee or MX would be better," he said.

“A major bank or brokerage may have more reservations about allowing access to financial data if the aggregator pulling that financial data is owned by one of its competitors,” added David Goldstone, manager of research and analytics at Backend Benchmarking. “Plaid staying independent is positive for the aggregation industry, and for the many fintech applications that rely on aggregators.”

Plaid is aware of those concerns. "We're doubling down on improving the quality and reliability of connections across financial services—investment institutions included," said Plaid spokesperson Natalie Giannangeli.

"Delivering on the promise of open finance is in everyone’s best interest," wrote Plaid CEO and co-founder Zach Perret in a blog post Tuesday. "We’ll be working in lockstep with our customers and financial institutions to bring this to fruition globally."

But this may not be the end of the acquisition story for Plaid. Now that the firm is no longer connected to talks of an acquisition by Visa, firms like Google’s parent company, Alphabet, Amazon or even Walmart could see value in acquiring Plaid, said Schmitt. In any of those cases, advisors would be in a similar situation as they faced with Plaid buying Visa—they would likely see decreased attention to their needs as a smaller portion of the overall firm.

Visa was confident it would be able to maintain its level of service to all its customers, following the acquisition.

“We believe the combination of Visa with Plaid would have delivered significant benefits, including greater innovation for developers, financial institutions and consumers,” said Al Kelly, chairman and CEO of Visa Inc., in a statement announcing the termination of the agreement. Plaid saw 60% customer growth and added “hundreds” of banks to its platform in 2020. Visa remains an investor in Plaid.

For now observers largely agree with regulators: Plaid's advisor customers—and account aggregation as a whole—are better off with more competition.